Find the best deals on 1,553 hotels in San Antonio, TX

Find the perfect San Antonio hotel for business or leisure

Things to do in San Antonio

How much are hotels near San Antonio River Walk?

Hotels near San Antonio River Walk are very similar to the average price of a hotel in San Antonio, which is $134.

How much are hotels near SeaWorld San Antonio?

How much are hotels near Six Flags Fiesta Texas?

Search for hotels in these San Antonio neighborhoods

When to book a hotel in San Antonio

Let us help you with the best tips about San Antonio

San Antonio is a year-round destination, but the best time to visit is between November – April when hotel rates are at their lowest, and there are fewer tourists. You can enjoy several local festivals without waiting long or competing with other tourists for space. Average temperatures remain around 60 – 70 degrees Fahrenheit during this time. Summer months from May – October see an influx of local and international visitors. Keep in mind that the high humidity and temperatures exceeding 90 degrees Fahrenheit can cause heat exhaustion as you explore various sites and attractions in the city. Not to mention, the significantly higher hotel rates will make you sweat even more during this time! Remember to wear sunscreen and drink plenty of water to keep yourself hydrated, especially when you are out and about.

Getting around San Antonio

San Antonio’s downtown core is very walkable, particularly the areas surrounding the San Antonio River Walk. VIA Metropolitan Transit runs several buses and streetcar routes that connect you to popular sites and attractions in the city. The VIVA Culture (11) route connects all the cultural attractions, VIVA Missions (40) route goes via all the San Antonio Missions World Heritage Sites and VIVA Centre (301) route travels through the heart of downtown from Centro Plaza to Sunset Station. A single-ride ticket costs a $1.30 USD for regular bus routes and $2.60 USD for express bus service. Consider purchasing a daily bus pass and enjoy unlimited rides within a 24-hour period for $2.75 USD. You can also explore the city in a fun and leisurely manner on the 3 streetcar routes offered by VIA. Check out the city’s bike share program called B-Cycle. For a 24-hour pass that costs $12.00 USD, enjoy unlimited 30-minute rides and access to all bike stations across San Antonio. Taxis operated by Yellow Cab and River Taxi are available in the city center as well as on the outskirts. Driving through the narrow downtown streets can be tedious, so if have come into the city with your own vehicle, leave it in a parking lot or parking garage and explore some of the downtown areas on foot.

How much does a hotel in San Antonio cost per night?

Get the best value hotel in San Antonio

Where to stay in San Antonio

San Antonio proudly showcases its Texan pride and history throughout a downtown area that’s full of missions, parks, and churches that stand testament to its religious past. However, the city also has a modern avatar that offers gleaming skyscrapers, massive theme parks, top notch museums, and professional sports teams. Being a fairly large city, San Antonio is split into several neighborhoods. Here are a few key areas that are close to popular attractions and offer a good choice of hotels.

The downtown area features streets filled with beautiful architecture, charming shops, fabulous bars, clubs and famous restaurants. Most of San Antonio’s popular sites and attractions are located downtown. Along the buzzing San Antonio River Walk, consider Hotel Valencia or the Hilton Palacio Del Rio hotel. Adjacent to the Alamo, you have The Historic Menger Hotel set in a stately Victorian-era building with wrought iron balconies and traditionally decorated rooms. For a luxurious and indulgent stay, check out the Mokara Hotel & Spa, a 2-minute walk from Aztec Theatre or the Grand Hyatt San Antonio on Market Street, steps away from the San Antonio River Walk. At the southern end of Brackendridge Park, you have Hotel Emma, a former 19th-century brew house converted into a luxurious riverfront hotel with well-appointed rooms and suites.

Just south of downtown, the King William Historic District is just one part of this artsy neighborhood, packed with galleries, cafés, bars, artist lofts, antique and thrift stores. Once a month, local art and products are showcased on South Flores Street. Several budget-friendly hotels are available in this area, including the Holiday Inn Express & Suites San Antonio West – Seaworld hotel and La Quinta Inn San Antonio Lackland. You can also check out traditional B&Bs, such as the Brackenridge House Bed and Breakfast or the King William Manor Historic Inn.

This area is home to the main campus of the University of Texas at San Antonio (UTSA), and northwest campus of the University of the Incarnate Word (UIW). This is a student-friendly neighborhood that offers plenty of cheap eateries and affordable bars. The Six Flags Fiesta Texas amusement park is here too, and you can shop at a wide range of national chains and local stores at The Shops at La Cantera. Less than 1.5 miles from The Shops at La Cantera mall, check out the posh rooms and suites in the award-winning luxury hotel, La Cantera Resort & Spa. Consider the sleek rooms and modern amenities offered by the Hyatt Place San Antonio-Northwest/Medical Center hotel.

Located on the edge of Olmos Basin park, Alamo Heights is home to the San Antonio Zoo and Aquarium, The Witte Museum, and the McNay art museum. This vibrant community has a quaint, suburban vibe and tree-lined streets filled with boutique shops, galleries, bars, and cafés. The Olmos Creek river runs through the area and offers several walking paths to enjoy the outdoors. For comfortable, modern accommodation, check out the Crowne Plaza San Antonio Airport hotel or Residence Inn by Marriott San Antonio Airport / Alamo Heights hotel.

What to do in San Antonio

The beautiful blend of cultures between historic Texas ranchers and Mexican settlers is conspicuous in several attractions across San Antonio, including missions, parks, museums and galleries. You can also explore some of the best southern flavors and the most authentic ‘Tex-Mex’ cuisine at a wide range of restaurants throughout the city and along the meandering San Antonio River Walk. Here are some suggestions for an interesting San Antonio itinerary.

How long do people stay in San Antonio?

A stay of 2 nights is most popular when visiting San Antonio.

How much does a hotel cost in San Antonio?

A hotel room in San Antonio will generally set you back around $91 per night. This figure is an average and prices will vary according to the facilities, location and room availability at your desired hotel.

When is the best time to book a hotel in San Antonio?

Hotels in San Antonio are usually cheapest during the month of September, you can expect a price decrease of around 20% during this period.

Which day is cheapest to stay in San Antonio?

At the moment the cheapest day to stay in a hotel in San Antonio is Wednesday, with Friday being the most expensive.

How much does a hostel in San Antonio cost?

On average, a hostel in San Antonio will be priced around $64. This price will be per person, per night and was obtained using hostel and 2 star or below hotels. In comparison, this will be $27 lower than your typical San Antonio hotel.

Based on the weather in San Antonio, what attractions are popular during March?

With generally low rainfall expected (1.8″) and an average temperature of 62.6 °F, those staying at a hotel in San Antonio may want to take some time during their visit to go see popular landmarks in the area. Considering the weather during March, attractions worth visiting near San Antonio are Fort Sam Houston, The Alamo, and La Villita Historic Arts Village.

Learn more about these user-preferred hotels in San Antonio 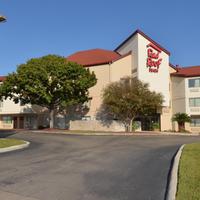 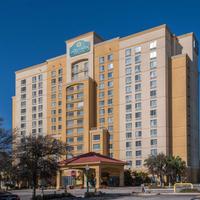 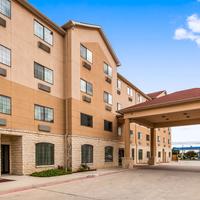 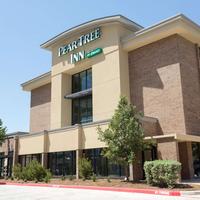 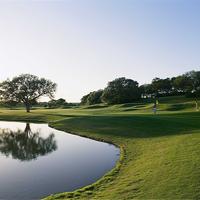 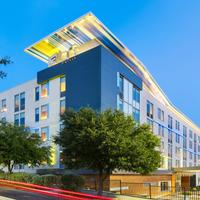 Not set on San Antonio? Search the best deals on hotels in these destinations