Find the best deals on 1,067 hotels in Daytona Beach, FL

Things to do in Daytona Beach

What is the average price of a hotel near Daytona Speedway?

#5 Most popular
The Daytona, Autograph Collection
9.4
$99 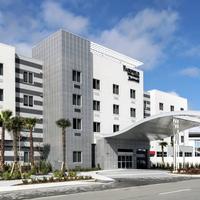 What is the average price of a hotel near South Daytona Beach?

When to book a hotel in Daytona Beach, FL

Let us help you with the best tips about Daytona Beach

Most speed-lovers visit Daytona in February to catch the Speedweek’s races and events. To escape the large race-going crowds and enjoy the beautiful spring weather, plan your visit between March – May. Average temperatures range from 60 – 80 degrees Fahrenheit. You can enjoy events such as the Daytona Beach International Festival that celebrates multi-genre music, or Daytona Turkey Run, the largest combined car show where over 5,000 collector cars are on display. Summer is hot and humid, and average temperatures hover around 90 degrees Fahrenheit. The city is also prone to hurricanes at this time of the year. You can try to find excellent deals and discounts on travel and accommodation if you visit Daytona Beach in this budget-friendly season. With pleasant weather and a long lineup of events, December – February remains the peak tourist season. Remember to book your accommodation in advance to enjoy reasonable room rates.

Getting around Daytona Beach

Having a set of wheels is the best way to get around this automobile-obsessed city, where popular attractions are quite spread out. Remember that you can also drive on the beach directly, as Daytona Beach has hard-packed sand, and several designated areas where beach driving is officially permitted. If you do not wish to get behind the wheel, you can call and schedule a taxi through one of the local operators. Usually, you will not be able to hail a taxi directly on the streets. Volusia County operates the city’s public transportation system, Votran. Over 20 bus lines stop throughout the Daytona Beach area. Adult single ride cash fare is $1.75 USD, while an All-day pass will cost you $3.75 USD. You can consider hiring motorbikes through several bike rental companies that operate here. Check out great deals on car rentals with momondo.

How much does a hotel in Daytona Beach, FL cost per night? 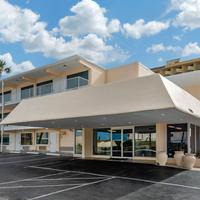 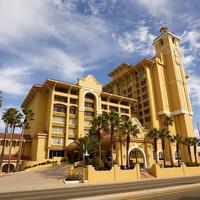 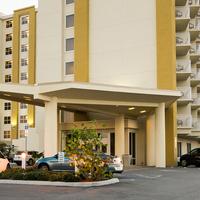 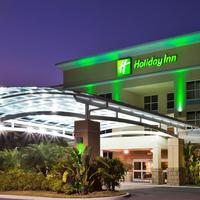 These hotels and hostels are the cheapest accommodations available in Daytona Beach, FL 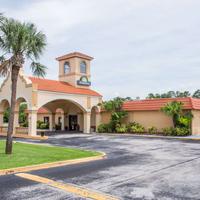 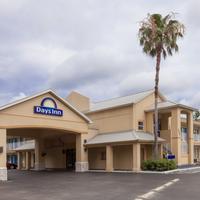 Get the best value hotel in Daytona Beach

These Daytona Beach hotels have the best prices for their ratings 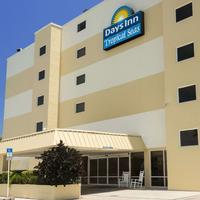 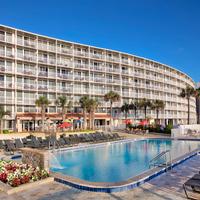 Where to stay in Daytona Beach

Apart from the delights of a typical beach holiday, Daytona is best known for its ever-expanding NASCAR empire. Every year, this beach city attracts thousands of motorsport fans to Speedweeks, an action-packed schedule of events and races before the main Daytona 500 motorcar race, and Daytona 200 bike race. Located on the east coast of Florida, Daytona Beach is spread over 2 land masses, east and west of the Halifax River.

Once you cross the Hailfax River via a collection of bridges, the eastern strip of Daytona Beach boasts Atlantic Ocean-facing beaches, luxurious resorts, a vibrant pier, several shops and restaurants, and an enormous amusement park in the middle of the strip. Check out The Shores Resort & Spa, a luxurious beachfront resort that features country-chic rooms and suites with 4-poster beds and sheer canopy curtains. All rooms have oversized windows or large terraces that offer breathtaking views of the Atlantic Ocean. Enjoy plush rooms, modern amenities, direct beach access, and an oceanfront pool with a refreshing pool bar at the Hyatt Place Daytona Beach – Oceanfront hotel. Within a minute’s walk to the Ocean Center convention center, shops, restaurants of Daytona Beach Boardwalk and the Daytona Lagoon amusement park, you have the Hilton Daytona Beach Oceanfront Resort. Apart from an excellent location, the hotel offers spacious suites and cabanas that put you right on the beach, and a host of other onsite amenities and facilities.

In Daytona Beach, several international hotel chains offer cheap accommodation for as low as $60.00 USD per night. You can check out the Best Western, Holiday Inn Express, America’s Best Value Inn, Residence Inn by Marriott, La Quinta, Quality Inn and Hilton Garden Inn, among others. You can also consider some of the independent beachfront properties such as the Bahama House or Perry’s Ocean Edge Resort. These hotels feature spacious rooms and suites with spectacular ocean views, outdoor pools, and several other family-friendly amenities.

What to do in Daytona Beach

When you hear the revving of engines, smell of gasoline and burnt rubber, plus the thunderous applause and cheers from speed-loving spectators, you know you’ve arrived right in time for Daytona’s motorcars and bike racing season. While the main race season is February, if you visit Daytona Beach during the rest of the year, there is still plenty to see and do beyond the race track.

How long do people stay in Daytona Beach?

When visiting Daytona Beach the average booking length is 3 nights.

How much does a hotel cost in Daytona Beach?

The price of a hotel in Daytona Beach depends on several factors such as star rating, location and demand. Generally speaking, the average cost of a hotel is around $87 per night.

When is the best time to book a hotel in Daytona Beach?

Daytona Beach hotels are at their most economical to book in the month of September. The rates you are charged may be 32% lower than in the high season and is the best time to get a great deal.

Which day is cheapest to stay in Daytona Beach?

Sunday is the cheapest day for hotel rooms in Daytona Beach. Friday is the most expensive day.

How much does a hostel in Daytona Beach cost?

Daytona Beach hostels and hotels with a 2 star rating and below charge around $70 for a bed per person. This will be around $16 under the cost of a typical Daytona Beach hotel.

Learn more about these user-preferred hotels in Daytona Beach, FL 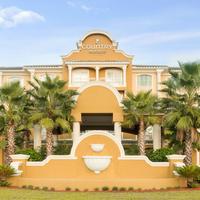 Experience Daytona Beach from behind the wheel! Learn more about the best car rental deals here

Not set on Daytona Beach? Search the best deals on hotels in these destinations