Find the best deals on 1,730 hotels in Philadelphia, PA

Find the perfect Philadelphia hotel for business or leisure

Things to do in Philadelphia

How much are hotels near Philadelphia Convention Center?

How much are hotels near University of Pennsylvania?

Hotels near University of Pennsylvania are very similar to the average price of a hotel in Philadelphia, which is $184.

Hotels near University of Pennsylvania

How much are hotels near Citizens Bank Park?

Hotels near Citizens Bank Park are very similar to the average price of a hotel in Philadelphia, which is $184.

Search for hotels in these Philadelphia neighborhoods

When to book a hotel in Philadelphia

Let us help you with the best tips about Philadelphia

Philadelphia’s rich historical heritage and important sites such as Independence Hall and Liberty Bell attract hordes of tourists and field trips of school children. These visitors come in the summer months from June – August. Large crowds drive up hotel rates at this time of the year. For shorter queues at attractions and good bargains on room rates, it is best to visit Philadelphia from March – May. Average temperatures range from 35 – 45 degrees Fahrenheit in March to 55 – 65 degrees Fahrenheit in May. September may also see a drop in tourists, but the cheapest time to visit Philadelphia is in the winter months from November – February. Average temperatures during this time hover around 30 degrees Fahrenheit.

Many of the attractions in Philadelphia are clustered near the Old City neighborhood, within a short walk from each other, so you can get around easily on foot. For some other attractions that are located further away, you can hop on to the subway trains, trolleys or buses operated by the Southeastern Pennsylvania Transportation Authority (SEPTA). Fares start at $2.50 USD. You also have the purple-colored PHLASH buses which operate daily from 10.00 a.m. – 6.00 p.m. between May – September, and on weekends during the holiday season of December – January. The bus stops at most of the popular attractions and the fare is $2.00 USD per ride or $5.00 USD for an all-day pass. The city’s official bike-share program, called Indego, allows unlimited 30-minute trips with a 1-day pass at $10.00 USD. Taxis are readily available and the meter starts at approximately $3.00 USD. If you don’t mind expensive parking charges or navigating through the traffic with several one-way streets, driving is also an option. It is definitely worth checking for deals on car rentals with momondo.

How much does a hotel in Philadelphia cost per night?

Hostels and cheap hotels in Philadelphia

Get the best value hotel in Philadelphia

Where to stay in Philadelphia

Best places to stay in Philadelphia

The birthplace of the Revolution, Philadelphia, (Philly) is brimming with historic landmarks and museums. This City of Brotherly Love (Greek translation of Philadelphia) is not just known for its historical heritage. The former capital city boasts a thriving nightlife, premier league sports teams, and a delectable culinary experience. Where to stay in Philadelphia depends a lot on why you are visiting, and which areas you want to explore.

Downtown Philadelphia is called Center City, a busy neighborhood which is home to most of the hotels and attractions. Apart from being the modern business district, this area boasts whimsical public art and plenty of restaurants and bars. Across the street from the Pennsylvania Convention Center and shopping at Reading Terminal Market, you can stay at the Hilton Garden Inn Philadelphia Center City Hotel which offers sophisticated rooms and suites with modern amenities. Enjoy the striking architecture, and bold black and white décor of the Le Méridien Philadelphia hotel, which is located on Arch Street in the heart of Center City. It’s only a 5-minute walk from the City Hall subway station.

Find Philly at its picturesque best in the Old City neighborhood filled with Revolutionary-era buildings, trendy galleries and hip restaurants. Within a block of the Independence National Historic Park, you can enjoy the glamorous rooms and historic interiors of The Kimpton Hotel Monaco Philadelphia. Or check out the Wyndham Philadelphia Historic District hotel, a modern hotel with thoughtfully-designed rooms, within a 5-minute walk to all the historic attractions. A short walk from the Philadelphia City Hall, you can stay in the grand, spacious rooms of the Hyatt At the Bellevue hotel which is set in a landmark skyscraper on Broad Street.

This posh residential neighborhood boasts chic cafés, upscale restaurants and a host of hotels with celebrity clientele. Overlooking the gardens and fountains of Rittenhouse Square Park, enjoy a luxurious stay at The Rittenhouse Hotel. Enjoy charming accommodation with world-class service and sophisticated rooms and suites. Or check out the Rittenhouse 1715, A Boutique Hotel with exclusive accommodation in a former carriage house. It is well-placed amid the city’s top shops, cafés and restaurants.

Just across the Schuylkill River, and home to the University of Philadelphia and Drexel University, this student-friendly neighborhood has plenty of cheap eats and bars, and budget-friendly accommodation. Enjoy contemporary accommodation within the University of Philadelphia campus at The Inn at Penn, a Hilton Hotel which features chic rooms with modern amenities and a farm-to-table breakfast. Another on-campus hotel to consider is the Sheraton Philadelphia University City Hotel which is a short walk from the Drexel University, and is surrounded by several restaurants and shops.

Located just a 20-minute drive from Center City, the neighborhood around the international airport is home to several international chain hotels, and is a convenient location for visiting the sports complexes. Enjoy the 2-room suites and cooked-to-order breakfast at the Embassy Suites by Hilton Philadelphia Airport Hotel.Less than 2 miles from the airport, you have the Courtyard by Marriott Philadelphia Airport hotel which offers easy access to attractions such as The Mütter Museum and the Talen Energy Stadium for soccer games.

City House Hostels Old City Philly and City House Hostels Philadelphia Bell are trendy hostel options with hip, colorful dorm rooms and excellent locations. In Old City near the Independence Hall, you can also consider the Apple Hostels of Philadelphia which offers several free amenities along with weekly pub crawls. A short walk from the City Hall subway station, you have the Club Quarters Hotel Philadelphia, offering modest accommodation with contemporary rooms and suites. Also check out The Independent Hotel, a stylish stay in a restored Georgian building located within a short walk from all the shopping, dining and tourist attractions. Another budget-friendly option is the Trade Winds Bed and Breakfast, a historic B&B that features colorful rooms set in a 200-year old brick building.

What to do in Philadelphia

If you’re visiting Philadelphia for the first time, exploring its rich historical heritage and world-class museums is a must. Apart from being home to the ‘most historic square mile’ in the U.S., the city also houses some of the oldest farmers’ markets and promises you an itinerary packed with history, food, music, art, and sports.

Enjoy a picnic or stroll through the lush green park of Rittenhouse Square, dine at one of the top-notch restaurants close by, and indulge in celebrity-spotting at the trendy nightlife venues in the area.

How long do people stay in Philadelphia?

A stay of 2 nights is most popular when visiting Philadelphia.

How much does a hotel cost in Philadelphia?

The cost of a hotel room in Philadelphia will vary according to demand, location and star rating. On average, rooms will cost around $158 per night.

When is the best time to book a hotel in Philadelphia?

The cheapest month to book a hotel in Philadelphia is January. The cost of your room could be as much as 33% cheaper than peak months.

Which day is cheapest to stay in Philadelphia?

Saturday is the cheapest day for hotel rooms in Philadelphia. Friday is the most expensive day.

How much does a hostel in Philadelphia cost?

On average, a hostel in Philadelphia will be priced around $145. This price will be per person, per night and was obtained using hostel and 2 star or below hotels. In comparison, this will be $13 lower than your typical Philadelphia hotel.

Based on the weather in Philadelphia, what attractions are popular during June?

The average temperature in Philadelphia during June is around 73.4 °F which makes it the perfect time to spend time having fun and seeing something new outside at popular area attractions such as Philadelphia Zoo, Hersheypark, and Sesame Place.

Learn more about these user-preferred hotels in Philadelphia 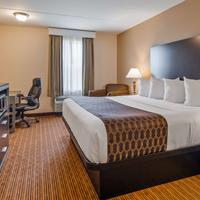 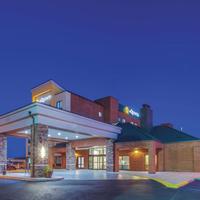 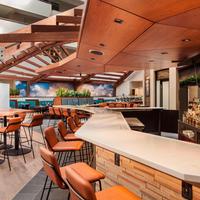 Start planning your trip to Philadelphia

Get the latest Philadelphia flight insights

Experience Philadelphia from behind the wheel! Learn more about the best car rental deals here

Get to Philadelphia by train as an alternative to flying. Learn more about the best train deals here.

Enjoy a relaxing journey by bus. Learn more about buses to Philadelphia here.

Not set on Philadelphia? Search the best deals on hotels in these destinations