Find the best deals on 33 hotels in Houma, LA

Find the perfect Houma hotel for business or leisure

Things to do in Houma

What is the average price of a hotel near Williams Avenue Recreation Center?

momondo users have recommended 7 hotels to users looking to stay near Williams Avenue Recreation Center. Hotels in this area have an average price of $70 per night. These prices may change based on several factors, such as time of year. Hotels near Williams Avenue Recreation Center are typically 39% less expensive than the average hotel in Houma, which is $116.

When to book a hotel in Houma

How much does a hotel in Houma cost per night?

Hostels and cheap hotels in Houma

Get the best value hotel in Houma

How long do people stay in Houma?

2 nights is the typical length of stay for people visiting Houma.

How much does a hotel cost in Houma?

The price of a hotel in Houma depends on several factors such as star rating, location and demand. Generally speaking, the average cost of a hotel is around $75 per night.

When is the best time to book a hotel in Houma?

Hotels in Houma are usually cheapest during the month of March, you can expect a price decrease of around 14% during this period.

Which day is cheapest to stay in Houma?

At the moment the cheapest day to stay in a hotel in Houma is Tuesday, with Monday being the most expensive.

How much does a hostel in Houma cost?

Per person, per night, a hostel in Houma (or a sub 2 star rated hotel) is priced at $68, on average. This price is $7 cheaper than your average Houma hotel.

Based on the weather in Houma, what attractions are popular during June?

While temperatures are typically very high in Houma during June, there is a higher chance for rainfall as the average for the month is about 5.9вҖі. Taking into account the higher potential for rain in June, those staying at a hotel in Houma should plan to visit popular indoor attractions such as Mardi Gras World, The Outlet Collection at Riverwalk, and Audubon Aquarium of the Americas.

Learn more about these user-preferred hotels in Houma 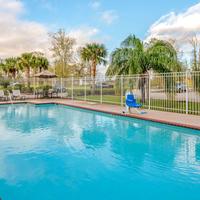 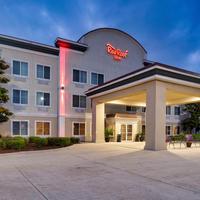 Start planning your trip to Houma

Get the latest Houma flight insights

Experience Houma from behind the wheel! Learn more about the best car rental deals here

Get to Houma by train as an alternative to flying. Learn more about the best train deals here.

Enjoy a relaxing journey by bus. Learn more about buses to Houma here.

Not set on Houma? Search the best deals on hotels in these destinations