Find the best deals on 652 hotels in St. Louis, MO

Find the perfect St. Louis hotel for business or leisure

Things to do in St. Louis

How much are hotels near Busch Stadium?

How much are hotels near Edward Jones Dome?

How much are hotels near Fox Theater?

Below are the 12 user recommended hotels in the area of St. Louis that is closest to Fox Theater. The average price near Fox Theater is $132/night, with prices varying based on several factors including time of year. Hotels near Fox Theater are typically 2% less expensive than the average hotel in St. Louis, which is $135.

Search for hotels in these St. Louis neighborhoods

When to book a hotel in St. Louis

Check out the information below to find the best deal on a St. Louis hotel room

Let us help you with the best tips about St. Louis

The best time to visit St. Louis is during the spring months of April – May when the city’s parks and gardens are filled with fresh blooms. The weather is pleasant and the average temperature ranges between 60 – 70 degrees Fahrenheit during this time. Summer months from June – August are the peak tourist season. Although average temperatures rise to over 90 degrees Fahrenheit, ardent baseball fans come in to cheer the St. Louis Cardinals at their home ground, the Busch Stadium. Hotel prices tend to be their highest during the game season, so remember to book your accommodation a few months in advance. From September – October, fall temperatures continue to drop progressively until they reach close to 50 degrees Fahrenheit. However, the city’s social scene heats up due to a long line-up of festivals and events. Winters are long and cold, and average lows remain around 30 degrees Fahrenheit. You’ll find attractive deals on room rates between November – March, except during Christmas, New Year’s and Mardi Gras weekends.

Getting around St. Louis

Getting around anywhere in St. Louis is fairly easy. There are several colorful “Attraction Corridors signs located along major streets directing visitors to popular tourist sites. Metro transit operates an efficient transportation system, including MetroLink (light-rail) and MetroBus. Cash fare is $2.00 USD for buses and $2.50 USD for trains. A One-Day Adventure Pass for $7.50 USD allows unlimited rides on both buses and trains, in a 24-hour period. You can also use the Metro Downtown Trolley, colorful buses that run a circuit route along many of downtown’s popular attractions, restaurants, and hotels. To explore the massive Forest Park area, hop on to a Metro Forest Park Trolley. Tickets for trolleys are $2.00 USD for adults and $1.00 USD for children (ages 5-12) for unlimited use all day. Taxis are available in plenty and maintain stands at the convention center complex, the airport, and near major hotels throughout the city. If you drive your own vehicle, you’ll find no shortage of parking in downtown St. Louis. There are several multi-level garages and surface lots, as well as metered curbside parking spaces. If you are considering hiring a vehicle, check out great deals on car rentals with momondo.

How much does a hotel in St. Louis cost per night?

Use the information below to find quality St. Louis hotel rooms for low prices

These hotels and hostels are the cheapest accommodations available in St. Louis

Get the best value hotel in St. Louis

Where to stay in St. Louis

St. Louis is the birthplace of iced tea and ice-cream cones, with a rich blues music scene which has earned it the name, ‘Home of the Blues’. The vibrant city also boasts an eclectic food and drink scene and the popular Major League Baseball team, the St. Louis Cardinals. The city of St. Louis is like an enormous, colorful quilt, made up of over 75 distinct neighborhoods. Here are some of the large neighborhoods that offer a wider choice of hotels.

An erstwhile garment and shoe manufacturing district, Downtown St. Louis has undergone myriad transformations in recent years, and is home to many of the popular attractions in the city. Along Washington Avenue, you’ll find several loft-style boutiques, galleries, restaurants and nightspots. Along the recently developed MX district, you have plenty of options for dining and entertainment. A 4-minute walk from the convention center, you have the Magnolia St. Louis, a Tribute Portfolio Hotel. It is set in a historic 1924-dated building with grand interiors, and elegantly furnished rooms and suites. Across the street from the Old Courthouse, stay in the Drury Plaza Hotel St. Louis At The Arch. This stately hotel is housed in a period building and is just a block away from the Busch Stadium and Gateway Arch monument.

Perched on the eastern edge of Forest Park, Central West End is a chic neighborhood with stately mansions on tree-lined streets. This area is full of charming sidewalk cafés, restaurants, galleries and antique shops. In the heart of Central West End, you have The Chase Park Plaza, a Royal Sonesta Hotel, set in a regal 1922-dated building. This upscale hotel features tastefully-appointed rooms, luxurious amenities, 4 on-site restaurants, and a lavish spa. For a mid-range budget option, try the Parkway Hotel offering contemporary rooms and excellent guest-services. It’s only a block away from Forest Park, amid the popular shopping and dining in this area.

The hub for everything artsy, the Grand Center Arts District is home to world-class performers and aspiring artists honing their craft. The streets are lined with eclectic venues that offer a wide range of theater, music, art, and cuisines. You’ll find everything from Broadway-style shows to experimental theater, street art to contemporary art galleries, jazz to classical music, and sushi to soul food in this area. Check out the warmly decorated, arts-themed rooms in Hotel Ignacio, a vibrant boutique-style hotel in the heart of the Grand Center Arts District.

St. Louis has several hotels that offer attractive room rates all year round. Just 5-minutes from Downtown St. Louis, you have the Home2Suites by Hilton St. Louis / Forest Park, an all-suite hotel with spacious rooms and charming décor. Consider the simple, comfortable rooms in the St. Louis City Center Hotel, set in an Art-Deco building in the heart of downtown. Less than a mile from the Gateway Arch, enjoy the refined European-style rooms at the 1913-dated The Hotel Majestic St. Louis. You may also like the modest rooms and suites at the Hotel Avyan near the historic Lafayette Square. Closer to Forest Park, consider the Holiday Inn Express St. Louis Central West End hotel.

What to do in St. Louis

With close to 80 distinct neighborhoods, the vibrant city of St. Louis has so much to offer that a single trip may not be enough to experience it all. The city has plenty of appeal for beer lovers, foodies, sports enthusiasts and music aficionados. It also has a rich cache of historic sites, galleries, museums and parks. Here are a few suggestions on what to see and do in St. Louis.

How long do people stay in St. Louis?

The average length of stay in St. Louis is 2 nights.

How much does a hotel cost in St. Louis?

A hotel room in St. Louis will generally set you back around $101 per night. This figure is an average and prices will vary according to the facilities, location and room availability at your desired hotel.

When is the best time to book a hotel in St. Louis?

In December prices are at their lowest and represents the most cost effective time to book a hotel room in St. Louis. You may find the cost of your room has decreased by 17%.

Which day is cheapest to stay in St. Louis?

Hotel rooms in St. Louis are generally cheapest on Saturday and more costly on Tuesday.

How much does a hostel in St. Louis cost?

Per person, per night, a hostel in St. Louis (or a sub 2 star rated hotel) is priced at $78, on average. This price is $23 cheaper than your average St. Louis hotel.

Based on the weather in St. Louis, what attractions are popular during March?

With an average temperature of 46.4 °F and a fairly low chance of precipitation (3.3″), March is a great month to explore the outdoors near St. Louis.

Learn more about these user-preferred hotels in St. Louis 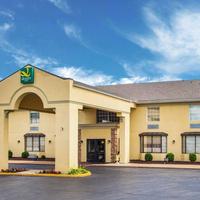 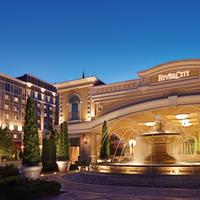 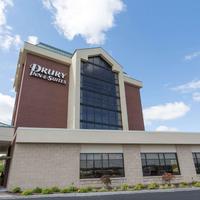 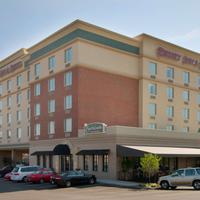 Not set on St. Louis? Search the best deals on hotels in these destinations