Find the best deals on 263 hotels in Norfolk, VA

Find a cheap hotel in Norfolk that meets your travel needs.

Things to do in Norfolk

How much are hotels near Chrysler Hall?

How much are hotels near Virginia Zoological Park?

How much are hotels near Scope Arena?

If you’re planning on staying at any of momondo’s recommended hotels in the area of Norfolk nearest to Scope Arena, you should expect to pay around $132/night. This price fluctuates based on time of year. In general, a rate under $132/night is a good deal for momondo users staying near Scope Arena. Hotels near Scope Arena are typically 14% less expensive than the average hotel in Norfolk, which is $154.

Search for hotels in these Norfolk neighborhoods

When to book a hotel in Norfolk

How much does a hotel in Norfolk cost per night?

Hostels and cheap hotels in Norfolk

These hotels and hostels are the cheapest accommodations available in Norfolk

Get the best value hotel in Norfolk

How long do people stay in Norfolk?

When visiting Norfolk the average booking length is 2 nights.

How much does a hotel cost in Norfolk?

The cost of a hotel room in Norfolk will vary according to demand, location and star rating. On average, rooms will cost around $87 per night.

When is the best time to book a hotel in Norfolk?

The cheapest month to book a hotel in Norfolk is January. The cost of your room could be as much as 64% cheaper than peak months.

Which day is cheapest to stay in Norfolk?

Room prices for hotels in Norfolk will be at their lowest on Saturday and peak on Friday.

How much does a hostel in Norfolk cost?

On average, a hostel in Norfolk will be priced around $70. This price will be per person, per night and was obtained using hostel and 2 star or below hotels. In comparison, this will be $17 lower than your typical Norfolk hotel.

Based on the weather in Norfolk, what attractions are popular during March?

With an average temperature of 50 °F and a fairly low chance of precipitation (3.9″), March is a great month to explore the outdoors near Norfolk. Some great places to visit near Norfolk in March are Wolf Trap National Park for the Performing Arts, Great Falls Park, and Old Rag Mountain.

Learn more about these user-preferred hotels in Norfolk 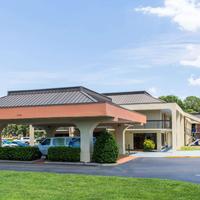 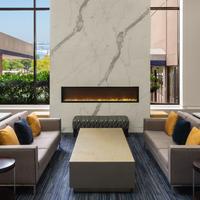 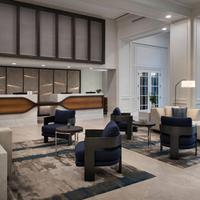 Start planning your trip to Norfolk

Not set on Norfolk? Search the best deals on hotels in these destinations