Find the best deals on 19 hotels in Ely

Find the perfect Ely, NV hotel for business or leisure

When to book a hotel in Ely, NV

How much does a hotel in Ely, NV cost per night?

All Aboard Cafe & Inn

Get the best value hotel in Ely, NV

How long do people stay in Ely, NV?

On average, people stay in Ely, NV for a total of 1 night.

How much does a hotel cost in Ely, NV?

A hotel room in Ely, NV will generally set you back around $84 per night. This figure is an average and prices will vary according to the facilities, location and room availability at your desired hotel.

When is the best time to book a hotel in Ely, NV?

In December prices are at their lowest and represents the most cost effective time to book a hotel room in Ely, NV. You may find the cost of your room has decreased by 36%.

Which day is cheapest to stay in Ely, NV?

Monday is the day where you will typically find the lowest price for your hotel room in Ely, NV. The highest price tends to be on Wednesday.

How much does a hostel in Ely, NV cost?

On average, a hostel in Ely, NV will be priced around $81. This price will be per person, per night and was obtained using hostel and 2 star or below hotels. In comparison, this will be $2 lower than your typical Ely, NV hotel.

Based on the weather in Ely, what attractions are popular during December?

If you’re looking to stay at a hotel in Ely during December, it is important to know that the average temperature is 24.8 °F and there is a low chance of snow with just 0.6″ of precipitation expected. Great places to visit near Ely in December are Mt. Rose Ski Tahoe, Diamond Peak Ski Resort, and Incline Village Ski Resort.

Learn more about these user-preferred hotels in Ely 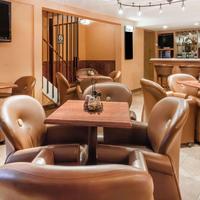 Not set on Ely, NV? Search the best deals on hotels in these destinations