Find the best deals on 91 hotels in Mahdia

Things to do in Mahdia

What is the average price of a hotel near Mahdia Beach?

Below are the 12 user recommended hotels in the area of Mahdia that is closest to Mahdia Beach. The average price near Mahdia Beach is $45/night, with prices varying based on several factors including time of year. Hotels near Mahdia Beach are typically 6% more expensive than the average hotel in Mahdia, which is $42.

Apartment With 4 Bedrooms in Mahdia, With Wonderful sea View, Furnished Terrace and Wifi - 100 m From the Beach
9.2
$164

What is the average price of a hotel near Grand Mosque? 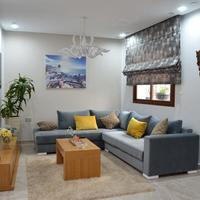 house in the history of mahdia

When to book a hotel in Mahdia

How much does a hotel in Mahdia cost per night?

These hotels and hostels are the cheapest accommodations available in Mahdia

Get the best value hotel in Mahdia

How long do people stay in Mahdia?

On average, people stay in Mahdia for a total of 2 nights.

How much does a hotel cost in Mahdia?

A hotel room in Mahdia will generally set you back around $42 per night. This figure is an average and prices will vary according to the facilities, location and room availability at your desired hotel.

When is the best time to book a hotel in Mahdia?

January is the cheapest month to book a hotel in Mahdia. Prices can be 86% lower than other, busier months; so this is a great time to get a good deal.

Which day is cheapest to stay in Mahdia?

Friday is the day where you will typically find the lowest price for your hotel room in Mahdia. The highest price tends to be on Thursday.

Learn more about these user-preferred hotels in Mahdia

Not set on Mahdia? Search the best deals on hotels in these destinations