Find the best deals on 19 hotels in Iserlohn

Things to do in Iserlohn

What is the average price of a hotel near Eissporthalle Iserlohn? 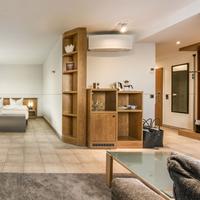 What is the average price of a hotel near Villa Wessel?

momondo users recommends 6 hotels to users looking to stay near Villa Wessel. Hotels in this area have an average price of $64 per night. These prices may change based on several factors, such as time of year. Hotels near Villa Wessel are typically 22% less expensive than the average hotel in Iserlohn, which is $82.

When to book a hotel in Iserlohn

When is the best time to book a hotel in Iserlohn?

Iserlohn hotels are at their most economical to book in the month of September. The rates you are charged may be 9% lower than in the high season and is the best time to get a great deal.

Which day is cheapest to stay in Iserlohn?

Saturday is the cheapest day for hotel rooms in Iserlohn. Friday is the most expensive day.

Find the cheapest flights to Iserlohn

Start planning your trip to Iserlohn

Experience Iserlohn from behind the wheel! Learn more about the best car rental deals here

Not set on Iserlohn? Search the best deals on hotels in these destinations