Find the best deals on 211 hotels in Wicklow

Below are the average prices for hotels in popular Wicklow cities

Find your perfect Wicklow hotel in the perfect location The Glenview Hotel And Leisure Club
8.1
$174
View all deals 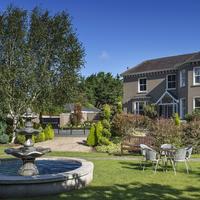 Things to do in Wicklow

How much do hotels cost near Powerscourt Estate?

How much do hotels cost near Sally Gap?

Stay in these Wicklow cities

Looking for a Wicklow getaway? Check out the hotel deals in these cities

What is the most popular destination in Wicklow?

What is considered a good deal for a hotel in Wicklow?

Those looking for a good deal on a hotel room in Wicklow should consider looking at hotels in Shillelagh, which is generally the cheapest city to stay in. If you are looking to stay elsewhere, a good deal for a hotel in Wicklow would be any price less than $181/night.

What are the best hotels in Wicklow?

Stirabout Lane B&B, located in Rathdrum, is the top-rated hotel in Wicklow with a rating of 96. The next best rating is a 96 which was given to Abhainn Ri Farmhouse by momondo users. The third-highest rated hotel is Powerscourt Hotel, Autograph Collection, which was rated a 91 by momondo users familiar with the hotel.