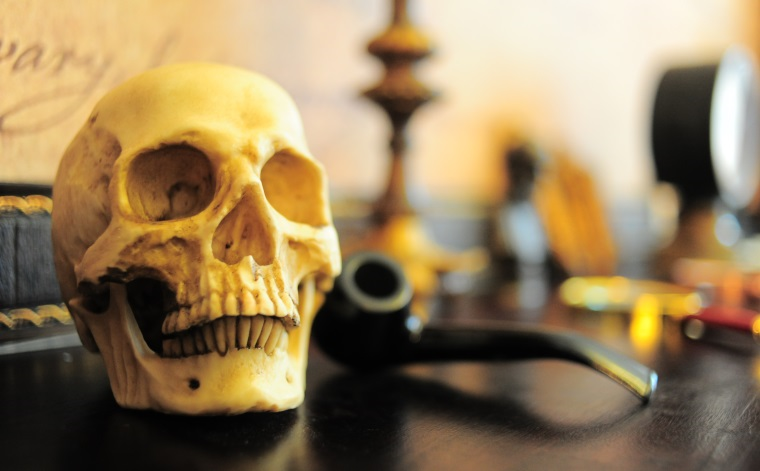 DiscoverCitiesThe 14 wackiest places to eat around the world

From dancing robots to dining in the jungle, here are the 14 most unusual places to grab a bite around the world.

Once in a while you come across an oddity that makes you wonder… “Is this complete madness, or pure genius?” Either way, you have to admire the sheer creativity and guts of someone putting their most nutty ideas out there. And in the highly competitive food industry, sometimes a little edge is what you need to put your idea on the map.

In honour of those wacky entrepreneurs that weren’t afraid to give it a go, we’ve compiled a list of the 14 most unusual places to eat on the planet.

Some of these places are almost too weird for words – but we’ll let you decide what to make of them. 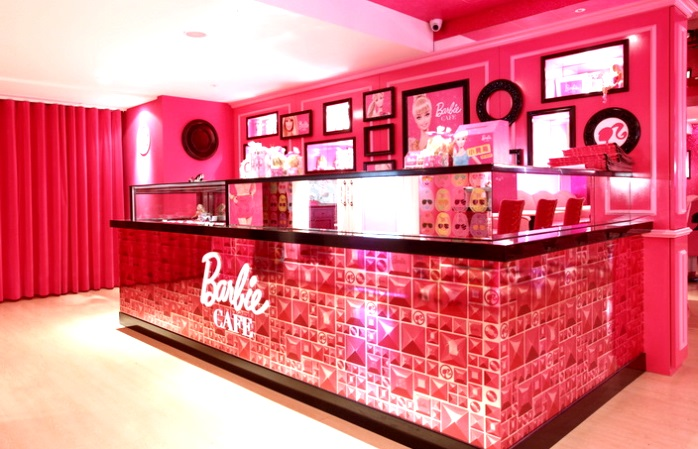 Pink, pink and more pink! With tutus, tiaras and glitter galore amidst dozens of photos of the world’s most famous doll, Taipei‘s Barbie cafe is every little girl’s princess fairy tale come true!

Granted, this girly hangout isn’t for everyone but the music playlist is pretty clever, playing such befitting tunes as Madonna’s ‘Material Girl’, Gwen Stefani’s ‘Rich Girl’ and, of course, Aqua’s legendary ‘Barbie Girl’.

Ever seen the movie ‘Pay it Forward’? Well, karma is a beautiful thing. This snug little cafe in Bluffton, South Carolina has become renowned for its random acts of kindness. It all started when a customer left a $100 bill tip and requested it be used to pay for other people’s orders.

That generous patron has since been back with additional donations and many more good Samaritans have joined the movement to brighten up a stranger’s day, one small gesture at a time. 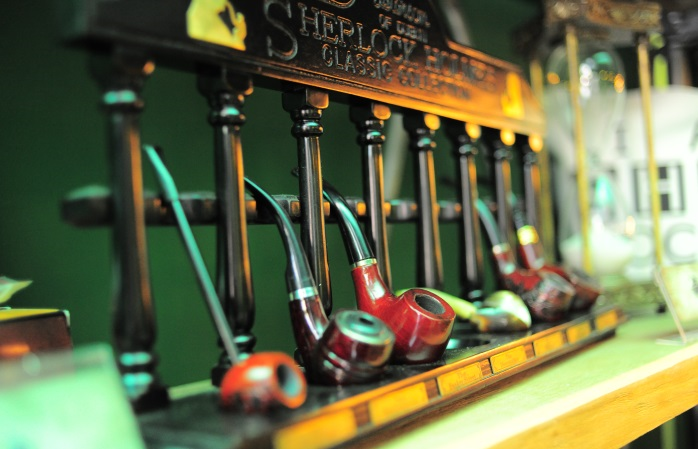 Whether you’re on Team Cumberbatch or Downey Jr., or you just can’t get enough of the timeless detective adventures of Sir Arthur Conan Doyle, this Sherlock-themed Shanghai cafe, jam-packed with Holmes memorabilia and fittingly named 221B Baker Street, is the perfect place to put on that trademark deerstalker hat and investigate the mystery of who ate the last cupcake. 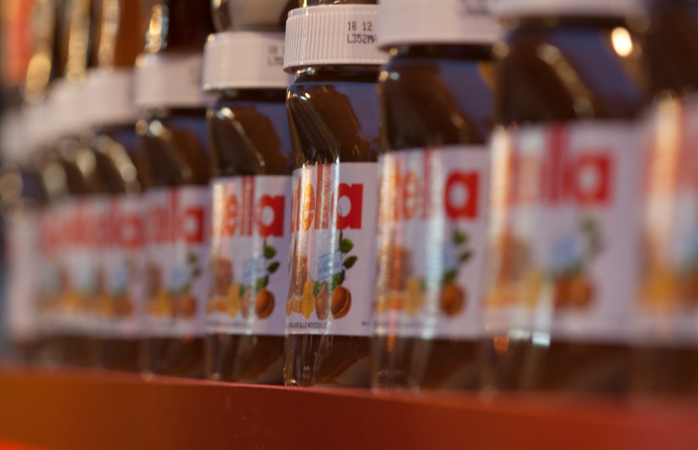 If you’re a hard-core Nutella enthusiast, chances are you have recurrent fantasies of swimming in a river of velvety hazelnut spread à la Charlie and the Chocolate Factory… Or maybe not.

In any case, you can thank Chicago‘s Eataly for fulfilling every Nutella-nut’s dream of devoting an entire venue to indulging your creamy chocolate cravings – and they’ve just opened a second Nutella heaven in New York!

Now you can spend an afternoon surrounded by shelves stacked with jars of this sweet Italian elixir, feasting on an array of Nutella-topped treats from muffins and cookies to warm oozing crepes made right in front of you.

Despite your gut instinct to run away screaming, in case of an earthquake you should stay put, find cover and, when it comes to this peculiar restaurant on the north east coast of Spain… just keep eating your dinner. Or try anyway.

Lloret del Mar‘s Disaster Café offers you the truly unique dining experience of fumbling around for your food during a simulated 7.8 magnitude quake! A tip: don’t wear your best threads. Spilling is the main aftermath of this not-so-natural disaster. 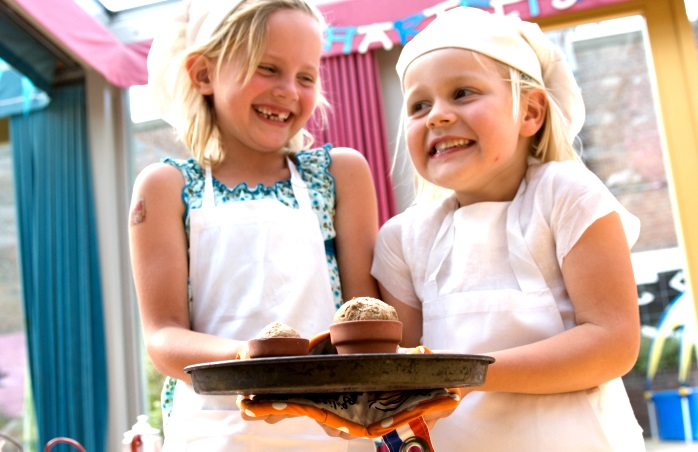 As the name suggests, this colourful corner of Amsterdam‘s sunny Vondelpark is all about children, and then some.

A family-friendly 3-in-1 restaurant, culinary school and day care, Kinderkookkafe makes both kids and their worn-out mums giddy with joy as the little ones run the show – cooking, waiting tables and even doing the washing up and bringing you your bill!

Let’s face it, it doesn’t get much cuter than this.

Artificial intelligence is no longer a thing of the future. It has been slowly-but-surely working its way into our everyday lives and now you can have your dinner handed to you by a very real (and efficient!) automated-server in person. Well, in robot technically.

Make a reservation at Hajime in Bangkok and you’ll feel like a character in a sci-fi novel and – as if their spiffy samurai suits weren’t hilarious enough – the robots dance for you too! 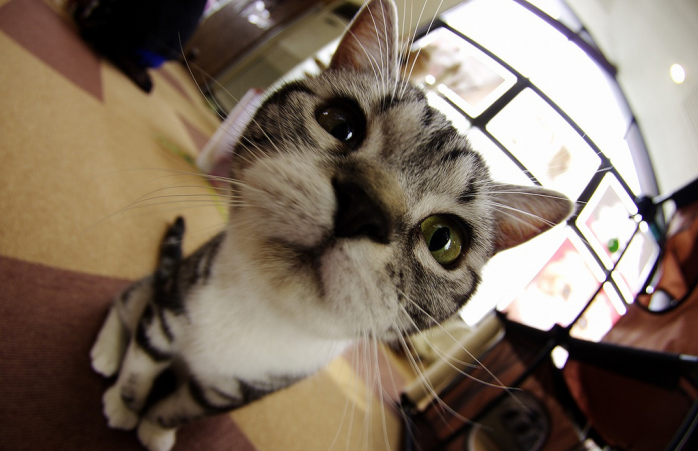 Although they’re known to only dish out the love when in the right mood, fluffy felines haven’t been this fashionable since Ancient Egypt! With cat cafes popping up all over the world, Paris has decided to join in the fun with its very own swanky Le Café des Chats.

Here you can enjoy tea and treats in the company of 12 cuddly kitties, all happy rescues. A few hours stroking these majestic creatures to your heart’s content will leave you feeling purr-fect! 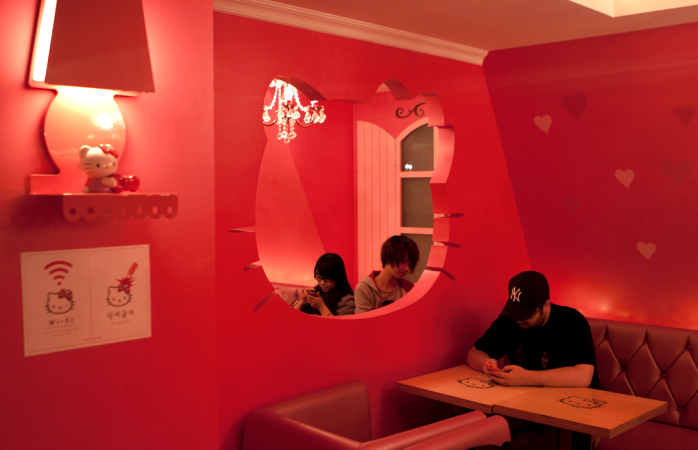 And speaking of going cat-crazy… South Korea boasts another themed business that caters to feline fanatics – the queen of cats herself – Hello Kitty!

Every drink, pastry and candy wrapper is adorned with that cute kitty face we all know so well and, if by the end of your visit you haven’t overdosed on this beloved Japanese icon, there’s plenty of souvenirs you can buy to take home with you! 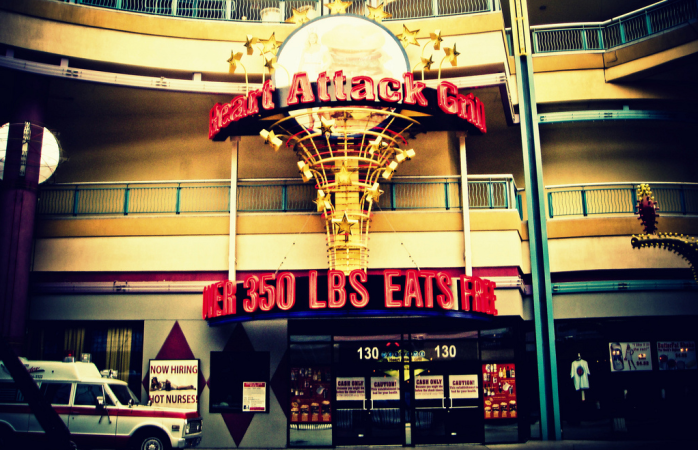 With greasy monster burgers at 8,000 calories a pop, a vegetarian option of cigarettes and waitresses dressed as sexy nurses delivering cruel and unusual punishment to your behind with a paddle, the Heart Attack Grill can be pretty controversial. So much so that the first thing you’ll spot on their website is instructions for where to send hate mail!

This Las Vegas dive is the definitive poster-child for unhealthy eating, case-in-point: customers weighing over 350lbs eat for free! 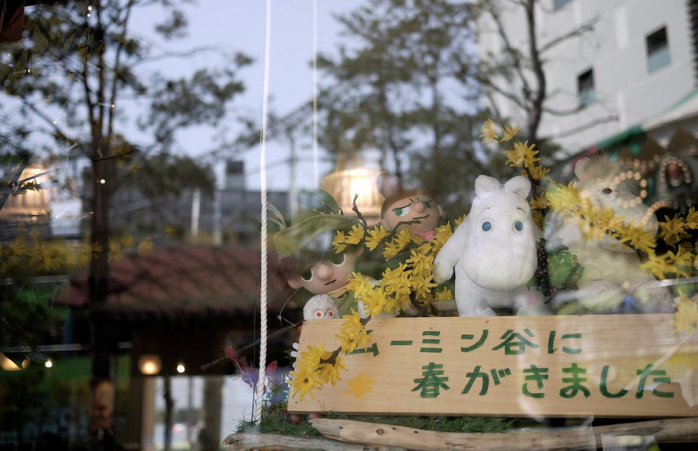 If you’re already a fan of the friendly Finnish cartoon, this one doesn’t really need much explaining. But wait, there’s more to this place than a simple case of Moomin-mania. Do you dread going out for a meal on your own for fear of being pegged as a member of the lonely-hearts club? Or maybe you just don’t like sitting across from an empty seat.

This cosy and cheerful Tokyo cafe claims to have solved the problem. Life-size fluffy white Moomins will be happy to keep you company while you drink your coffee and are guaranteed to make you proud to be a solo diner once more. 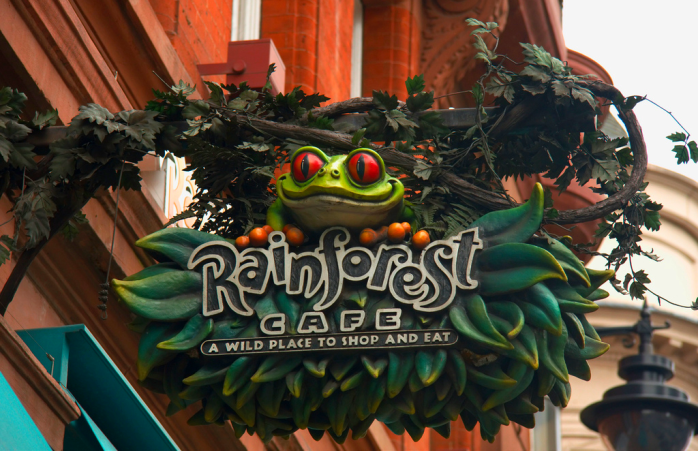 Dinner at the Rainforest Cafe is just what you’d expect from a restaurant with such a name: a full-out jungle experience! This London restaurant boasts tropical everything, from lush vegetation to exotic fish to cascading waterfalls, complete with thrilling jungle sounds and animatronic wildlife!

Especially popular with young explorers, you’ll have a tough time getting your kids to actually sit down and eat! 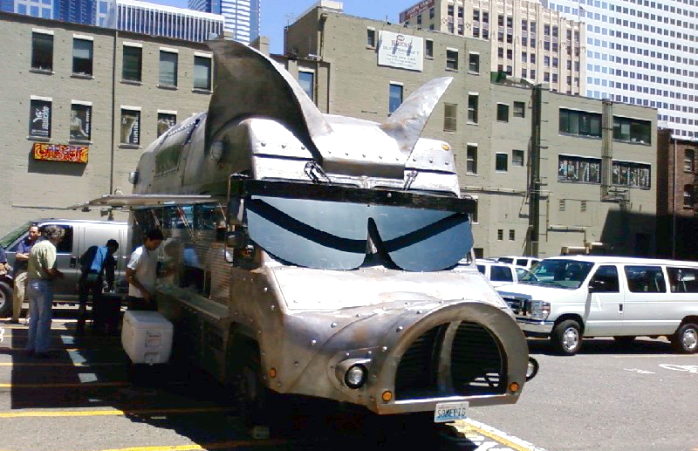 There are some pretty wild and eccentric food trucks roaming the streets for hungry patrons these days… but this colossal metallic pig cruising downtown Seattle has got to be the most jaw-dropping (and drool-inducing!) of the lot.

Appropriately enough, juicy brazed pork is the star of the menu and – just F.Y.I. – you can hire this smooth swine to party in your backyard. 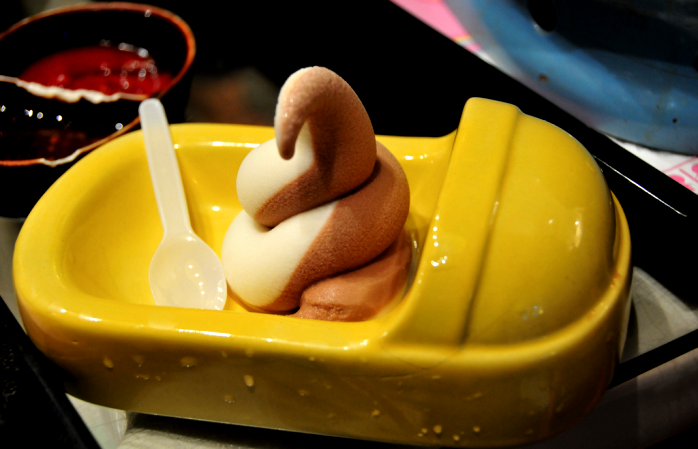 We’ve saved the best for last. This might just be the most bizarre concept on our list and you’d be surprised at just how popular it has become. Toilet-themed restaurants. Yes, you read that right. This crappy-craze has spread through Taiwan like wildfire, with 12 branches and no signs of losing steam.

With toilet seats for stools and artfully crafted chocolate sundaes served in miniature potties, at the Modern Toilet the expression ‘don’t poop where you eat’ takes on a whole new meaning! 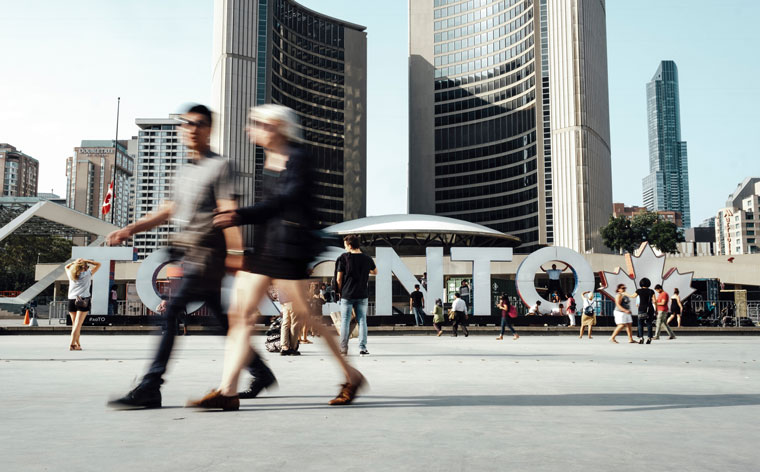 Eat your way around the world without leaving Toronto 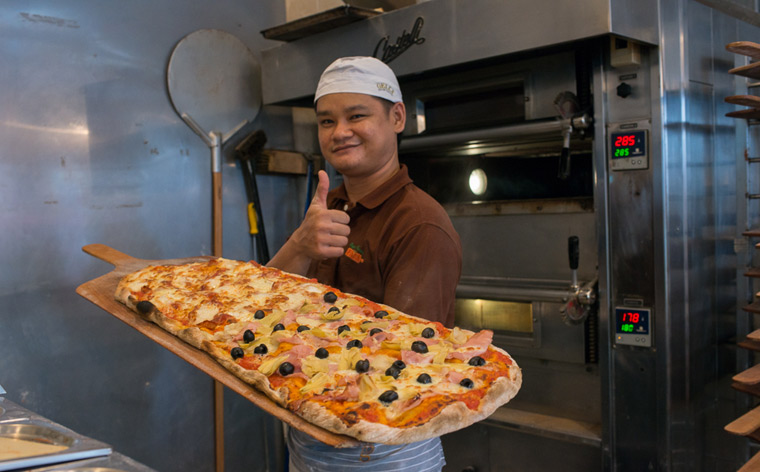 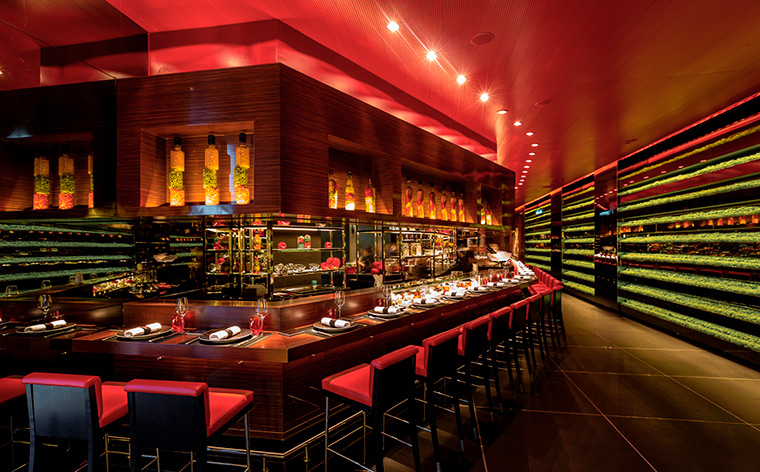