Show all deals and room types
Address
Mircea Voda 21, Bucharest, Romania
Check-in
From 3:00 PM
Check-out
Prior to 12:00 PM
About
The NH Bucharest hotel is located in the city’s main financial district and only 10 minutes away from the historic center on foot. Guests will find cafes, boutiques, museums, and the fantastic Palace of the Parliament within easy walking distance of the hotel. The rooms at NH Bucharest let in plenty of natural light but keep the noise to a minimum thanks to soundproofing. While we want you to enjoy a great night’s sleep, we also think it’s important to stay connected, which is why each room is equipped with free Wi-Fi and has a TV. Get ready for the day with our delicious breakfast buffet. Here, you will find a variety of options for any taste including continental staples and local favorites. Lunch and dinner are served at the NH Bucharest Restaurant with its sleek minimalist decor. The menu emphasizes traditional German dishes and also has international dishes. You can find our comfy bar in the lobby where you can sink into one of the sofas with your favorite drink. The hotel provides an airport shuttle service upon request. For functions, there are three meeting rooms for up to 50 people and our friendly staff will accommodate your requests for catering and technology support.   Certificate of classification no; 9150/5854 Issue date: 17/11/2011 Category: 4 stars

How does NH Bucharest compare to other 4 star hotels in Bucharest?

How far is NH Bucharest from Bucharest Otopeni Intl?

If you're looking to go directly from Bucharest Otopeni Intl to NH Bucharest, expect a 29min drive as they are around 9.9 mi apart.

What is the best way to get to NH Bucharest from Bucharest Otopeni Intl?

Customers of NH Bucharest are welcome to bring their dogs with them during their stay.

Are there food options at NH Bucharest?

NH Bucharest does have a restaurant on site that guests and non-guests can use. Ask the front desk for kitchen hours or call NH Bucharest at +40 213 000 545. One of the easiest dining options for Bucharest guests staying in NH Bucharest is to get room service, which is available to all hotel guests.

Does NH Bucharest have a pool?

At this time, our data shows that there is no on-site pool at NH Bucharest. However, hotels can make changes that can significantly change the venue. For the most accurate answer, it would be best to call the hotel directly at +40 213 000 545.

How close is NH Bucharest to Bucharest city center?

0.6 mi separate the front steps of NH Bucharest and the city center of Bucharest where you can keep busy with restaurants, shopping and of course Palace of the Parliament, a very popular landmark in Bucharest.

What is the phone number for NH Bucharest?

Does NH Bucharest have Wi-Fi available?

1.2 mi away
Palace of the Parliament
Civic Building | Palace
Similar hotels to NH Bucharest in nearby neighborhoods
Hotels in Centrul Vechi, Cartierul Francez, Pajura and Rahova are popular
Centrul Vechi 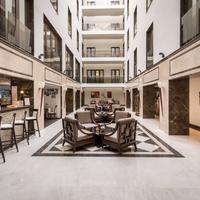 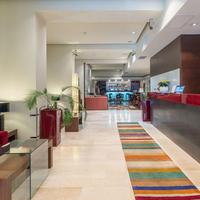 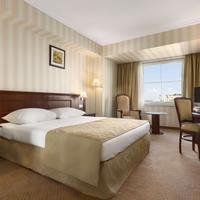 Get the latest Bucharest flight insights

Experience Bucharest from behind the wheel! Learn more about the best car rental deals here