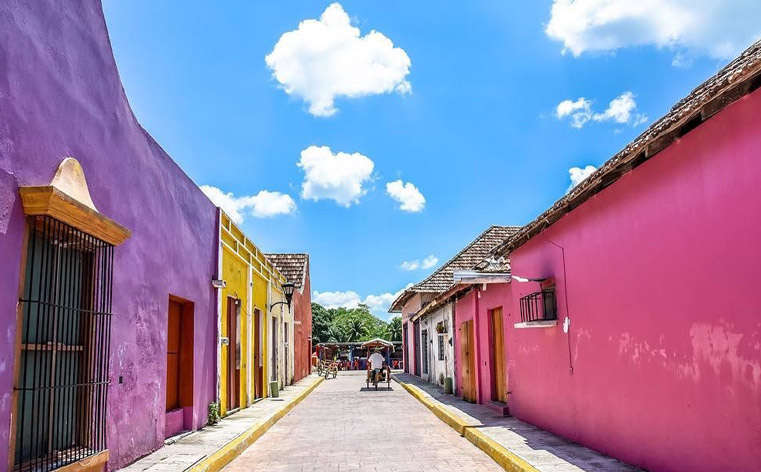 From postcard-worthy beaches to pulsating cities that reverberate from dusk till dawn, Mexico is as intense a country as they come. An extraordinarily diverse population and buzzing food scene are but two of the draws of this vast nation. For Mexico has something up its sleeve for every type of tourist and boasts an extensive, comfortable domestic bus and flight network that facilitates easy travel around the country. And while resort towns and popular destinations such as Cancún, San Cristóbal and Isla Mujeres tend to steal the showreels, far from the madding crowd, an entirely different country awaits the curious traveler. Scratch beneath the surface and explore some of Mexico’s most underrated destinations.

Find a flight to Mexico City
Read more: Mexico without walls: the real Mexican experience beyond the resort towns

Highlights of the north 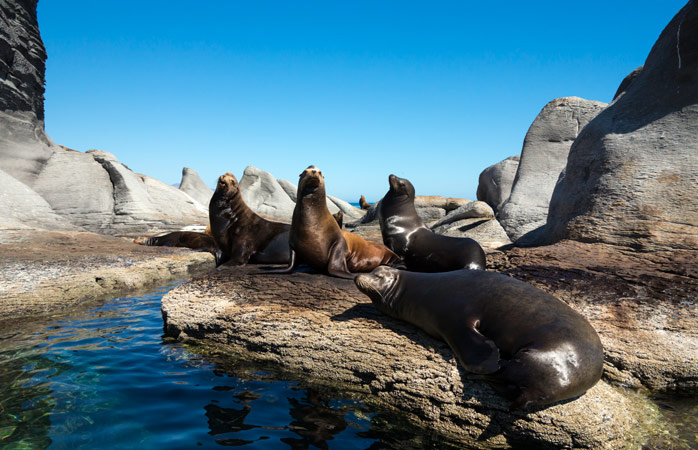 The quaint town of Loreto is one of Baja California’s understated pearls. Water sports and fishing are popular pastimes in these parts, whose marine areas are protected from excessive fishing and pollution through strict legislation, thus preserving them at their pristine best. Venture out to The Coronado Islands by boat, where unrivaled snorkeling opportunities in the company of the local wildlife of the Loreto Bay National Park await. While you won’t be able to set foot on the protected islands, you will still be able to enjoy its natural riches from the water.

Find a flight to La Paz

Highlights of the west coast 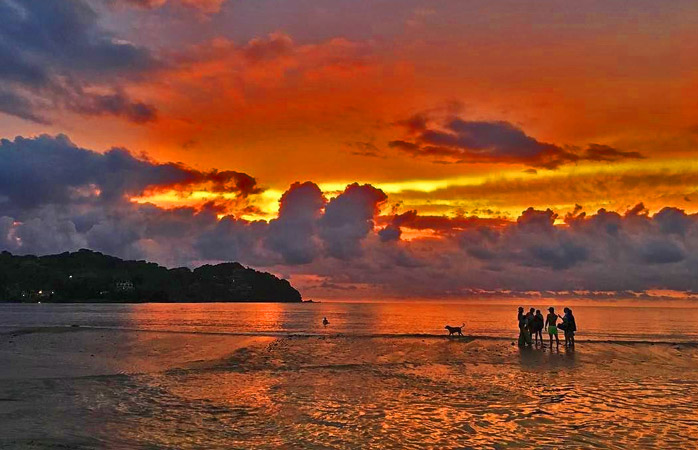 A mere 30 minutes by car from the larger, more-boisterous town of Puerto Vallarta, the fishing village of Sayulita is a great surfing spot and an ideal base from which to explore the rest of the state of Nayarit. Treat yourself to savory tequila, fish tacos and paletas (Mexican popsicles) – three of some of the many culinary spoils here.

When you’ve had your fill, head out to the Marietas islands where the unique Playa del Amor awaits. This hidden beach is only accessible via a long tunnel of water that links it to the ocean. There is a vacuum of roughly six feet above the water level in the tunnel, allowing for beach access by swimming or kayaking through it.

Find a flight to Puerto Vallarta 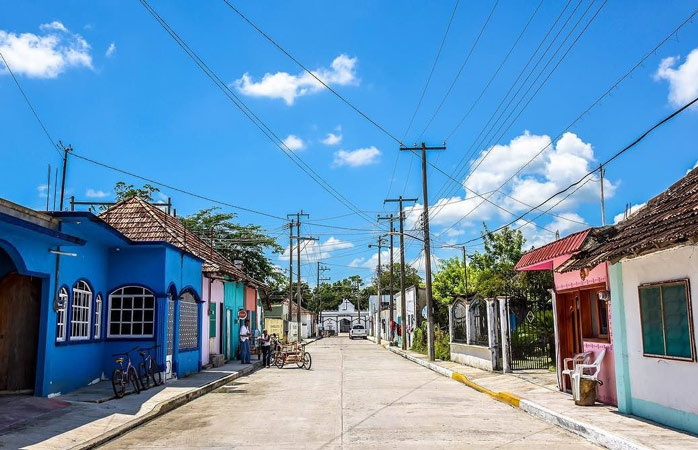 The sparsely populated town of Palizada resembles an elaborate fresco with its kaleidoscopic color scheme and warm feel. Somewhat overlooked in the shadow of the more popular town of Merida, just over two hours by bus from here, Palizada is one of those places that feels like you have to it yourself.

Mount one of the numerous triciclos (tricycles) and head to the promenade, El Malecon, at sunset, where an amber backdrop shades flocks of herons en-route to their roosts in the foothills around the town. 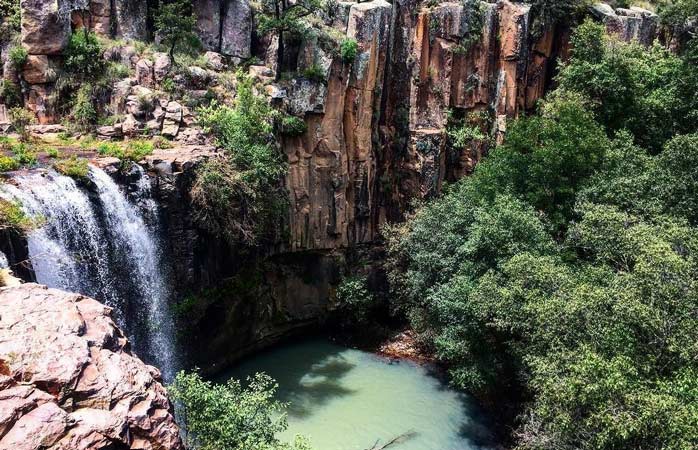 The small town of Aculco, a couple of hours north-west of Mexico City by car is revered for its two basalt waterfalls –  Cascada de La Concepcion and Tixhiñu, both of which offer great rock climbing and abseiling opportunities.

But there is more to Aculco than these alluring cascades: this magical town is also an understated star on the culinary scene, offering a wealth of dairy and meat products which are high even by Mexican culinary standards. Scoops of homemade ice cream, savory cheeses and tantalizing pastries await in its narrow, bucolic streets. 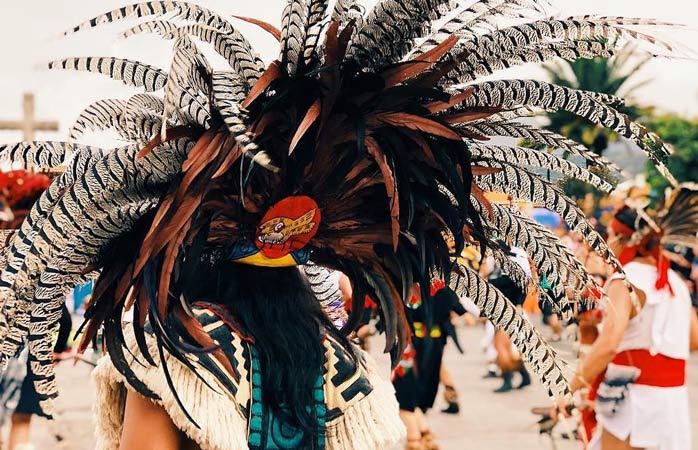 A quieter, more affable town, Tepotzotlán is an easily accessible alternative to the vast, gargantuan feel of Mexico City, 25 miles north.  As you stroll its cobbled streets, you will still hear the Aztec language of Náhuatl echoing off the age-old walls – a testament to the rich cultural heritage of the area.

Delve more into it with a visit to the National Museum of Viceroyalty, where much of the Aztec-rich heritage of the region is documented in considerable detail.

Find a flight to Mexico City

Highlights of the south-east 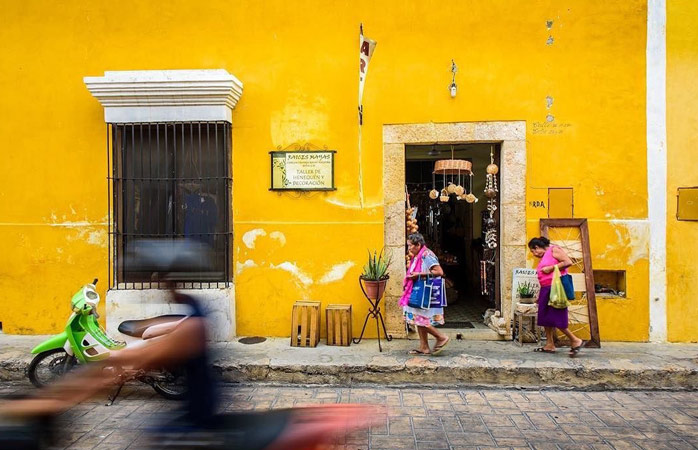 The centerpiece in the shimmering gem of Izamal is the enormous yellow Franciscan monastery. Built by the Spanish colonialists, this vivid shrine may hog the spotlight but Izamal was once the center of worship for the Mayans that roamed these lands. Thankfully, their heritage lives on, in the form of several Mayan pyramids dotted around the area, which make for excellent spots to brush up on your history.

Reserve your Sundays in Ciudad Amarilla (the yellow city) for relaxing in Parque Zamna, where live music pulls in a partisan local crowd. 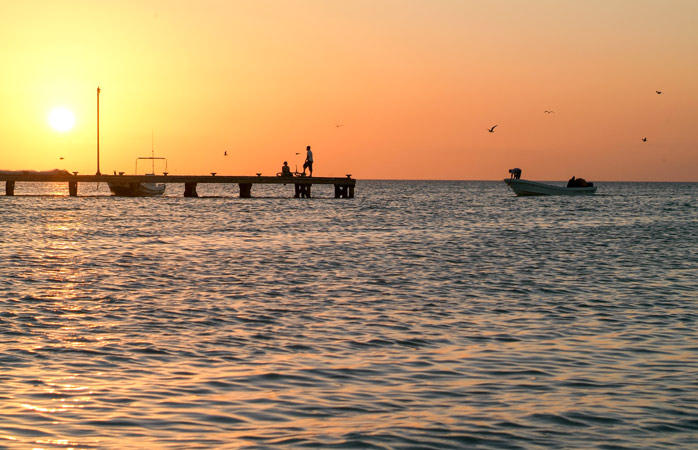 A heavenly alternative to the hustle and bustle of Cancun, Isla Holbox (Holbox Island) is separated from the mainland by a shallow, flamingo-laden lagoon. This slice of paradise is a mere 25 miles in size and contains very few cars as most of its roads and streets are paved with white sand.

Sample tasty fried tortillas with salsa for breakfast at Cantina La Isla del Colibri, hitch a taxi (a golf cart in these parts) and head for the shoreline, which you will, in all likelihood, enjoy for yourself. 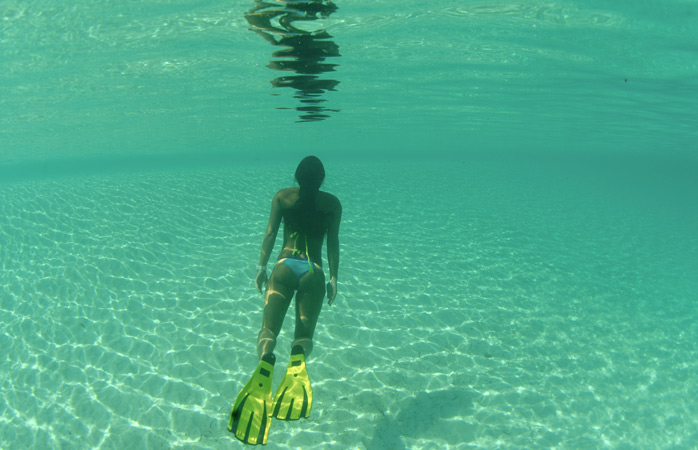 Bacalar was once a haven for many a buccaneer (Caribbean Pirate), who hid here in between their Caribbean marauding in the 17th and 18th centuries. This quiet outpost of a town is home to Lake Bacalar, affably named the Lake of the Seven Colors on account of its striking blue color, which changes tone depending on the time of day. Fed by a vast network of underground rivers and cenotes (sinkholes), Lake Bacalar’s pearly white limestone floor makes for an otherworldly swimming experience. Exfoliate your skin in the lakeside mud and plunge into the pristine waters.

Find a flight to Cancun

Highlights of the south 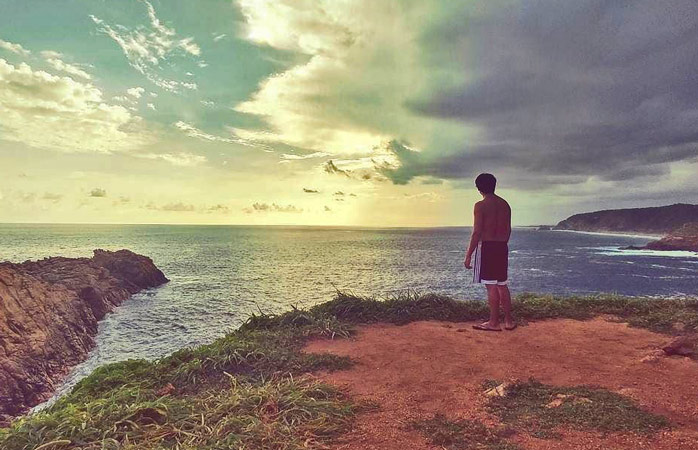 You will find the hushed village of Mazunte on the shoreline of Mexico’s Oaxaca state, perched smugly by a spectacular natural bay. Today, the village is an ecotourism emblem, three decades on from bans on turtle meat and eggs, which used to be its main source of revenue.

Look elsewhere if you would like a location with mod-cons – Mazunte’s charm lies in its stripped-down appeal. Things here are as they have been for many years – quiet, unannounced and pristine. Drop by The National Turtle Center of Mexico for a glimpse into the area’s history. 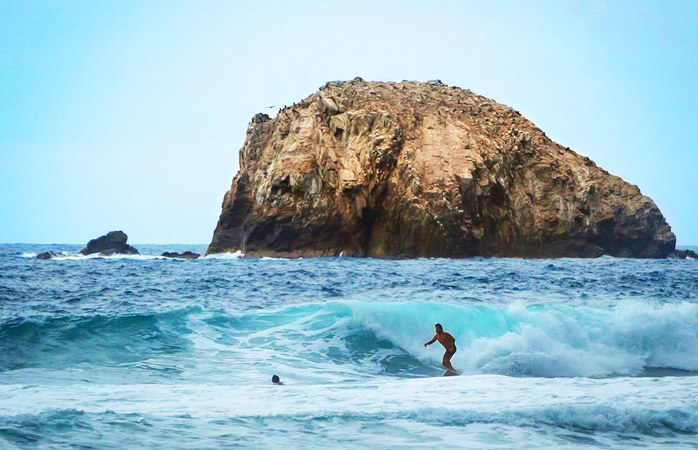 Not too far off from Mazunte (a mere 15-minute drive), you will find Playa Ziploite, where the pace of life along this 1 mile stretch of sand is just as sedate, so bring a good book or enjoy many hours in the company of the waves. Once a beach-bum allurement, Zipolite is one of Mexico’s few nude beaches and the surrounding area is home to a smattering of rustic cabins, camping spots and elementary accommodation. Enjoy the water here but do take care when venturing further offshore, as there are strong underwater currents to contend with.

Find a flight to Oaxaca 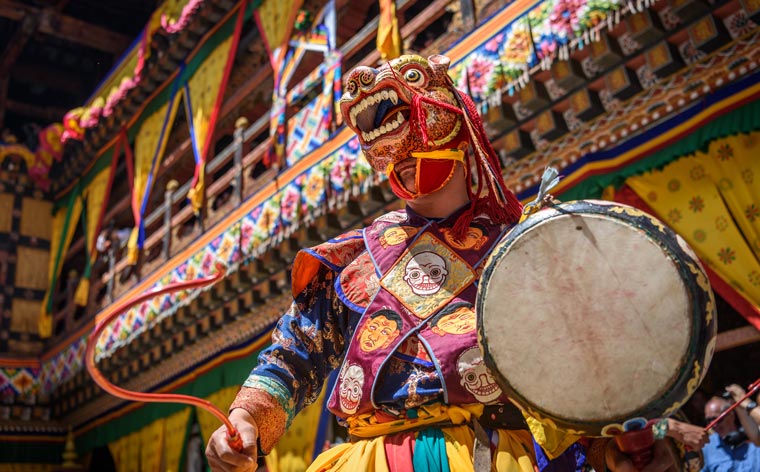 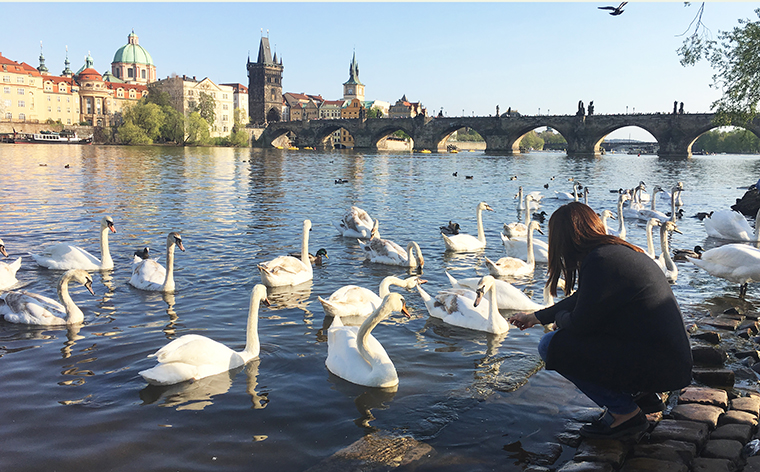 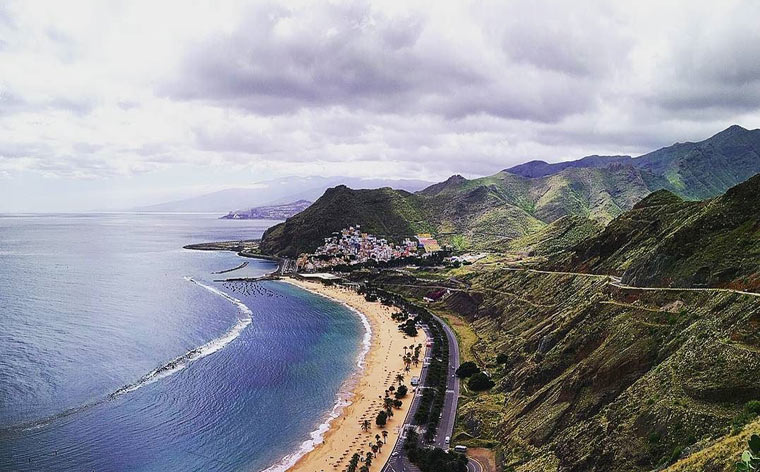