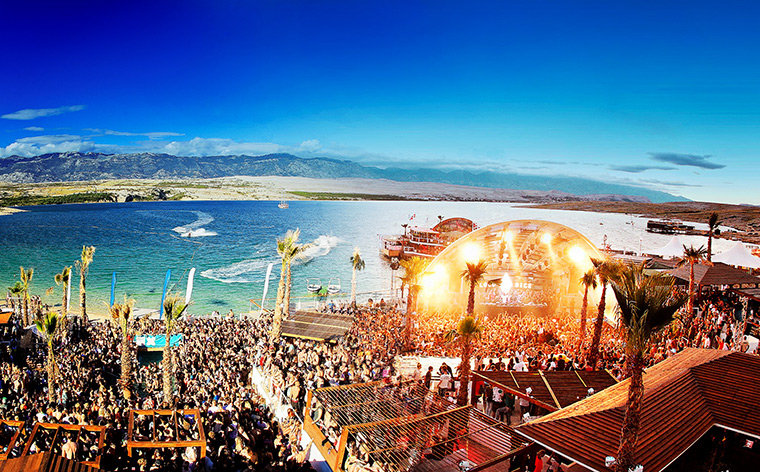 Summer is here, the sun (should be) shining, and music lovers of all stripes are gearing up for the festival season. If you are into beats, beaches and boat parties, there’s no better spot this summer than Croatia. Here’s 9 of the very best, mostly electronic, Croatian music festivals to check out this summer, as selected by the ticketing site, Croatia Wave.

The festival that forced Zrce Beach into the limelight. Created and curated by the team behind the infamous Manchester Warehouse Project, Hideout is a Brit house music stormer and, increasingly, a total rite of passage for the clubbing crowd. Almost everyone that goes, goes again and it’s not hard to figure why. Down on the ground, the energy from both the crowd and the staggering lineup is electric.

Make Sure You Check Out: The boat parties – there’s a stack of them
Artists: Jamie XX, Skepta, DJ EZ
Where: Zrce Beach, Pag Island
When: 26-30 June 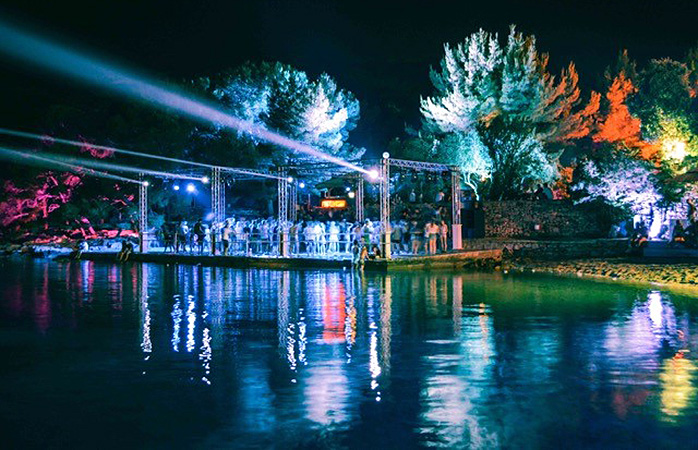 The Garden Festival was the dance event that put Croatia on the map as far as festivals were concerned. Having run for around a decade, it retired last year. However, it lives on in Love International – a new event created and curated by a new guard of promoters – all of whom brought Garden to public attention. Expect the same wooden boats, the same “anything goes” Barbarella’s Afterparties, and the same beach holiday vibes as the original, but with fresh lineups and upgraded sound systems.

Make Sure You Check Out: The Forest Stage – only accessible via a shuttle boat party
Artists: Craig Richards, Dixon, Eats Everything
Where: Tisno
When: 29 June-6 July

An oasis of rhymes in a sea of electronic festivals, Fresh Island is one of Croatia’s (and one of Europe’s) only international hip hop, grime and bass festivals. As those genres have become ever more popular across Europe over the last couple of years, so too has Fresh Island, which has boasted heavyweights in the hip hop game like Rick Ross, A$AP Rocky and Snoop Dogg, and returns in 2016 with their best lineup yet!

Take me there! Book your tickets via Croatia Wave

The biggest, shiniest and loudest of them all, Ultra is a colossal party, with 160,000 people heading to Croatia’s biggest stadium to get loose and dance to the extremely bankable lineup. In fact, it’s such a national treasure that the whole event is broadcast nationally on Croatian TV. Expect fireworks, strobes, hands in the air and very, very big names. Oh – and for those who like their music a bit more underground – there’s a second arena out in the car park curated annually by none other than legendary rave DJ Carl Cox.

Make sure you check out: That cracking techno stage in the car park
Artists: Don Diablo, Robin Schulz
Where: Poljud Stadium, Split
When: 15-17 July

Your kind of festival? Book your tickets via Croatia Wave

Germany has traditionally been seen as the European hub of techno, but you could argue that the Italians are even more obsessed with the sounds of heavy bass, sharp snares, and 150 bpm. Movement Torino and Kappa Futur Festival are two of Italy’s biggest techno events and the team behind them have now opened up shop in Croatia. Prepare for parties that go well into daylight, lots of beautiful people and monochrome clothes and a frankly astounding lineup for such a small location.

Make sure you check out: Legendary Ibizan promoters CircoLoco holding it down for an all-day Sunday service party
Artists: Robert Hood presents Floorplan, Octave One, Nina Kraviz
Where: Tisno
When: 28 July-1 August

A veteran of the Croatian festival landscape, Soundwave is arguably the most musically diverse of the lot. Expect everything from Chicago house to live brass band covers of drum ‘n’ bass bangers. Add an unpretentious crowd, a lean toward impromptu daytime sets on the beach and informal volleyball leagues and you’ve got an insight as to why this festival sells 30% of its tickets the day after each event ends: as thousands go home and promptly book for next year when the ‘wave rolls back in to Tisno.

Make sure you check out: The beach during the day. It’s the unofficial centre for pre-drinks
Artists: Pharoahe Monch, Craig Charles, Calibre
Where: Tisno
When: 4-7 August

The party with the most recognizable signature sound of them all, Defected has become synonymous with soulful house, beach bar grooves and effortlessly sexy vibes. Defected have caused waves this year by announcing their full departure from traditional stronghold Ibiza in favor of a new HQ: Croatia. So, expect body glitter, rolling basslines and plenty of sunset boat parties as the White Isle comes to the Pearl of the Adriatic.

Make Sure You Check Out: Kalypso club on the end of Zrce Beach is where the best dawn parties happen, daily from 7am
Artists: Basement Jaxx (DJ Set), Dennis Ferrer, Kenny Dope
Where: Tisno
When: 11-15 August

Mad for it? Book your tickets via Croatia Wave

Rave on! Book your tickets via Croatia Wave 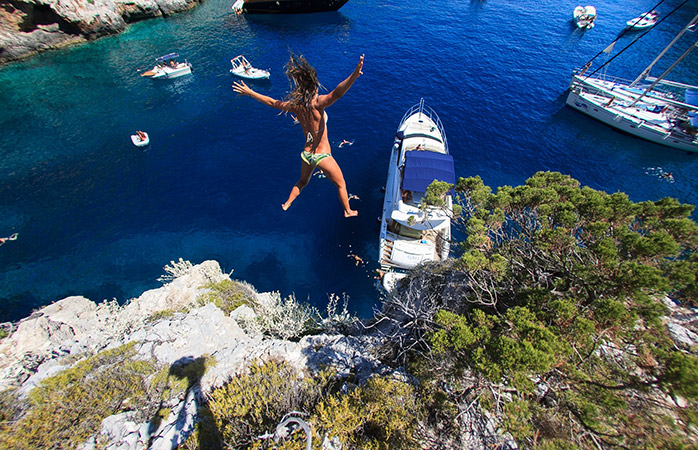 A world’s first: a festival that takes place on yachts. Wave Week features a flotilla of yachts that travel up the coast by day, stopping every afternoon at new locations including secret beaches, caves, abandoned fortresses and sleepy beach bars – all of which are transformed into full scale festival stages for just a few hours – then the party moves on. Throw in a smattering of beach BBQs, the obligatory sunbathing sessions and the fact that your festival accommodation is a luxury yacht and it’s easy to see why this one’s been the one 2016 Croatian music festival on everybody’s lips.

Party on! Book your tickets via Wave Week

Find a cheap flight to Croatia with momondo

Curious about Croatia? Tuck in with our list 5 amazing regional foods, and then climb aboard for some Croatian island hopping 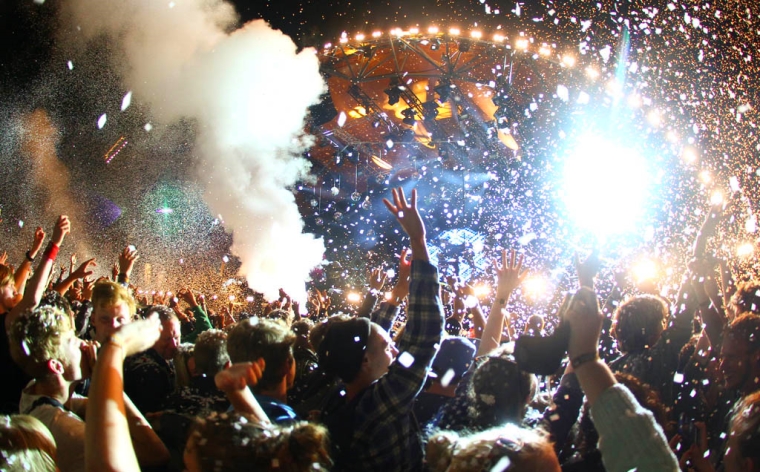 Non-stop party: the European music festivals you have to check out this summer 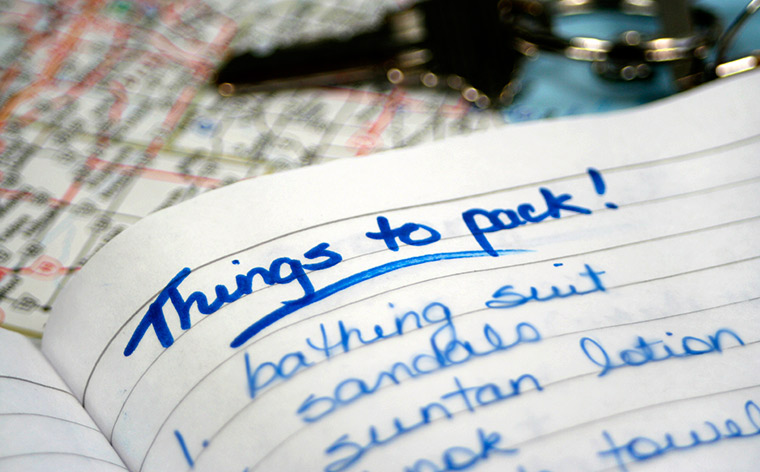 A travelling checklist in 21 handy tips 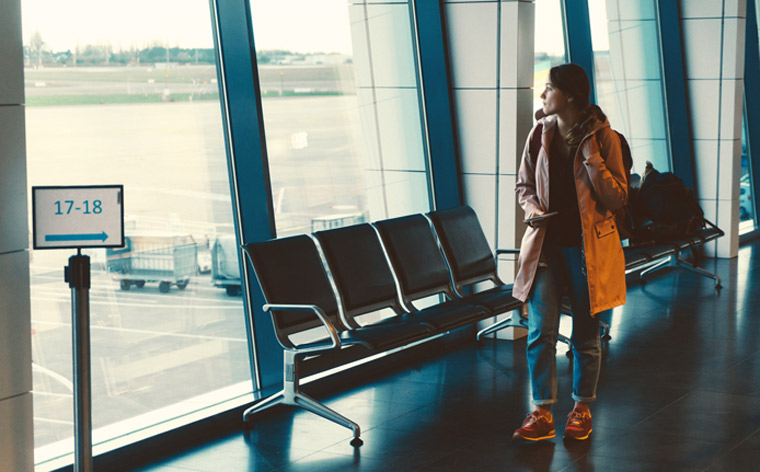 Hidden airline fees: how to avoid paying extra for your flight