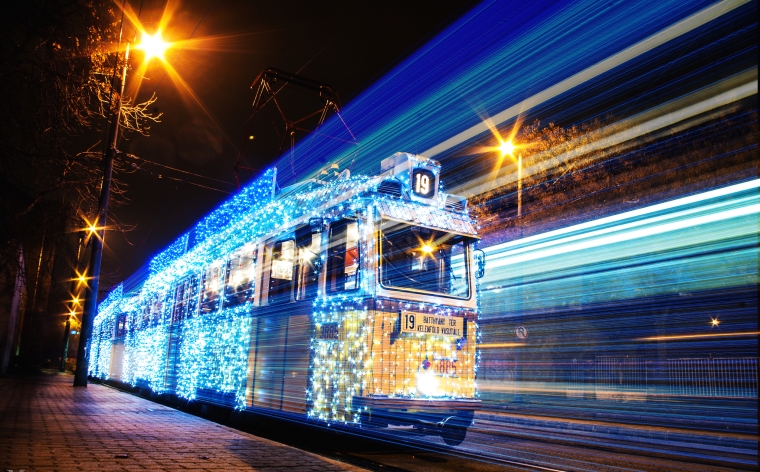 If you’re wishing for something a bit different this holiday season, then hop on your sleigh and fly to one of these 12 great Christmas holiday destinations! 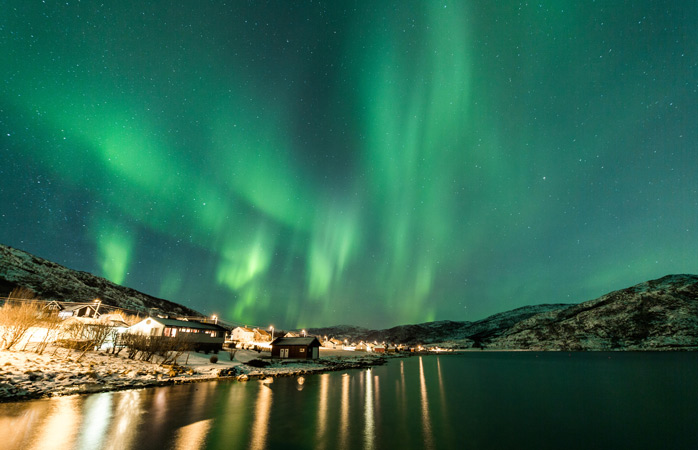 Are you dreaming of a white Christmas? Why not take it a step further and spend the festive season at the Arctic Circle?

The island city of Tromsø, though completely engulfed by darkness throughout winter, comes alive during the month of December. Smells of clementines, spruce branches and gingerbread follow you at every step. The cheery sounds of carols fill the magnific hall of the Arctic Cathedral. Locals come together at Christmas markets, and with so many temptations around you, it’s easy to give in. Try the traditional ingefærnøtter, gingerbread cookies shaped like little balls, and a glass of crowberry cordial to keep you warm.

One huge benefit of being in total darkness is that you might spot those elusive Northern Lights, the Aurora Borealis. Watch out for them between 6pm and midnight and, while waiting for them, take advantage of the abundance of snow: go dogsledding, do some cross country skiing or engage in a good ol’ snowball fight.

Find a flight to Tromsø 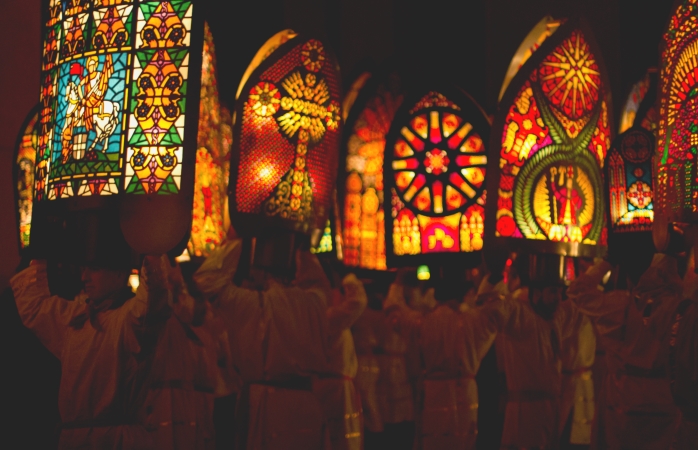 In most corners of the world, Santa Claus is welcomed into our hearts and homes with open arms. The same can’t be said for the village of Küssnacht, resting on the northern shore of Lake Lucerne, where around 20,000 thousands guests turn up every December 5th to hunt out the bushy-bearded gift giver.

The showdown is called the “Klausjagen”, aka “Chasing the Claus”, and is among Europe’s strangest Yuletide celebrations, not least because it began its life in the Middle Ages as a pagan tradition, when communities would try to drive out evil spirits with unbearable blasts of noise. The event was so rowdy that it was banned in the 1700s, only to be reintroduced a century later in a new Christian form, when old Saint Nick was up for the slaying.

Find a flight to nearby Zurich 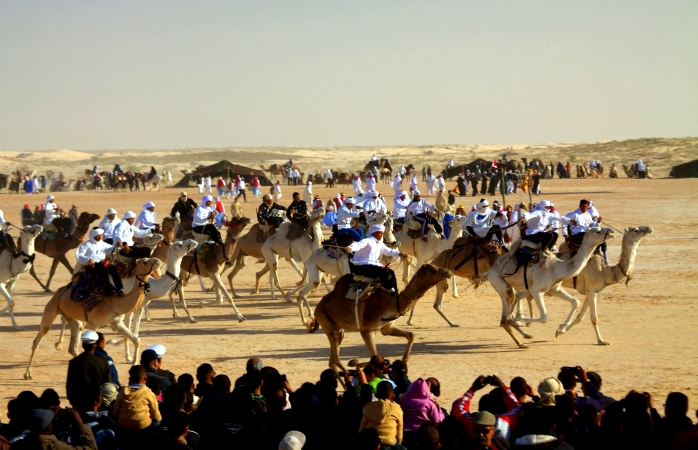 Famed as the shooting location for the Star Wars movies, the mid-eastern town of Douz is often labelled the sleepy “Gateway to the Sahara”. But for the last four days of December, the Arabic tribes living here transform this barren dust bowl into a magnificent Bedouin spectacle.

The International Festival of the Sahara draws in a huge crowd, with tourists the world over joining the nomads travelling from neighboring North African countries to experience the festival’s sand-hockey tournaments, hearty food offerings, craft fairs and traditional belly-dancing performances.

In Douz, the humble camel is both king and man’s best friend, and the 50,000 visitors every year take great delight in seeing these humped mammals take part in rodeos and races through the desert landscape. There’s not a spot of Christmas tinsel insight, but this annual Tunisian party is just as festive!

Find a flight to nearby Tozeur 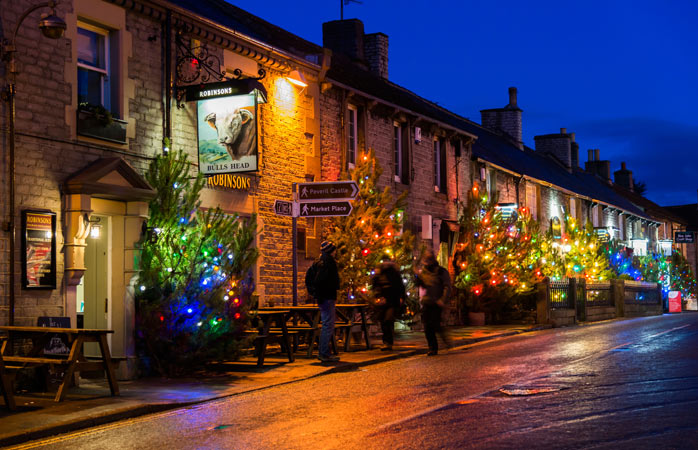 The month building up to Christmas can be a stressful time of gift-shopping, cleaning sprees and preparing scrumptious dishes. Escape it all by hiding away in Castleton, a charming English village, where giving in to the basic joys of life will become your second nature.

The festive season starts with switching on the Christmas lights. Each shop goes out of their way to create magical decorations and a welcoming atmosphere towards locals and visitors alike. Most will have extended opening hours during this season, and often organize themed events and competitions, such as quizzes, crafting workshops and various games for the little ones.

Home to four caves, Castleton puts these to good use during the Christmas period. At Peak Cavern, carols by candlelight is a long-standing tradition. There’s a new brass band invited for each concert, and you’ll be welcomed with mulled wine and mince pies. It’s easy to surrender to the carefree rhythm of this charming village!

Find a flight to nearby Manchester 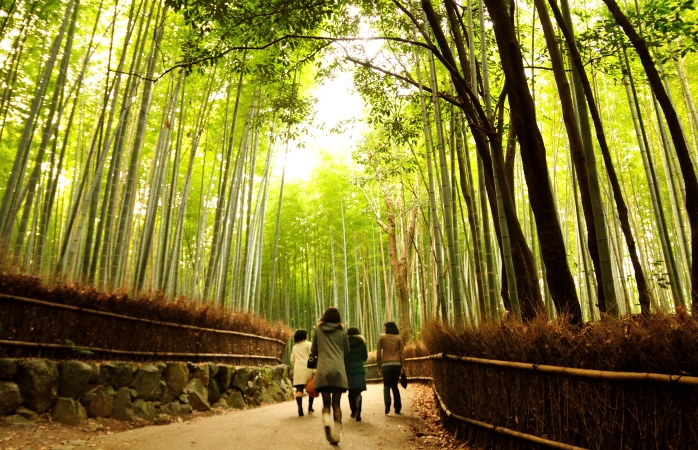 Kyoto is the very belly of Japanese Buddhism. So, as you might imagine, Christmas is a little different here. With no strong religious connection to the Yuletide, locals celebrate the season with an abundance of twinkling decorations and a bit of old-fashioned romance, with couples stepping-out in their thousands on Christmas Eve to frequent the city’s swankiest restaurants, bars and “love hotels”.

Once you’ve tried a little inner-city tenderness, the Chion-in temple’s annual “O-minugui Shiki” (Wiping Ceremony) on December 25th is a spectacular and musical tribute to the birth of Pure Land Buddhism. Finish up the big day with a trip to the western outskirts of Kyoto for a hike in the Arashiyama. Registered as a national “Place of Scene Beauty”, trekking through the sea of green bamboo stalks is like stepping into another world – a truly magical way to spend Christmas Day!

Find a flight to Kyoto 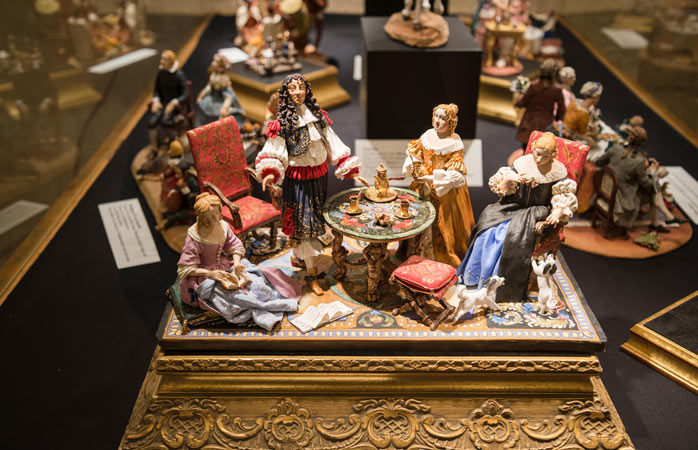 The colder weather doesn’t put a damp on the famous French joie de vivre. The cities teem with enchanted street decorations, and shop-owners go to great lengths to adorn their windows. Once the decorations are up, locals prepare for the santons fairs, where small clay figurines – or santons – handcrafted by local artisans are on display. Originally, the santons were used to create nativity scenes, but in the 19th century, they began to portray everyday life as well. Spot santons depicting various professions, such as bakers, priests, fishermen, singers and butchers.

Find a flight to nearby Marseille 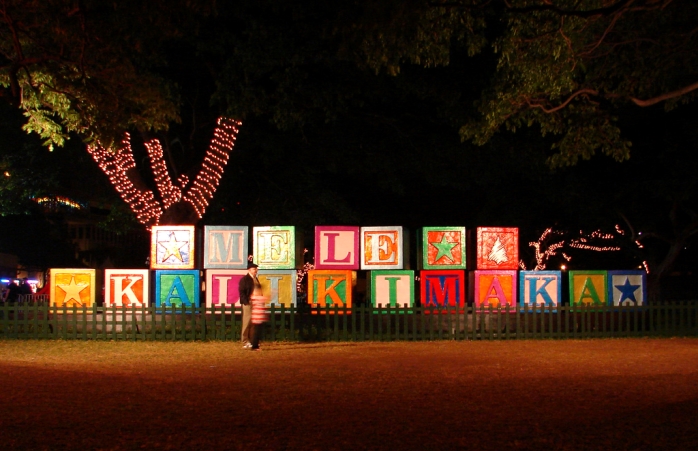 If you’re looking for Christmas in paradise, where better than Ho-Ho-Honolulu in Hawaii?! The USA’s most isolated state has been celebrating the traditional Western Yuletide since the early 19th century, but with a unique Hawaiian twist. Today, locals in the capital city celebrate in a big way, sharing Christmas joy with a one month-long party throughout the whole of December, filled with fireworks, parades, and Christmas caroling with ukulele accompaniment.

It’s probably the only place in the world where Santa Claus is so relaxed that he turns up to the luau wearing a red sarong, flip flops and (you’ve guessed it) an Aloha shirt, carried along in a canoe pulled by dolphins. No, seriously…

Find a flight to Honolulu 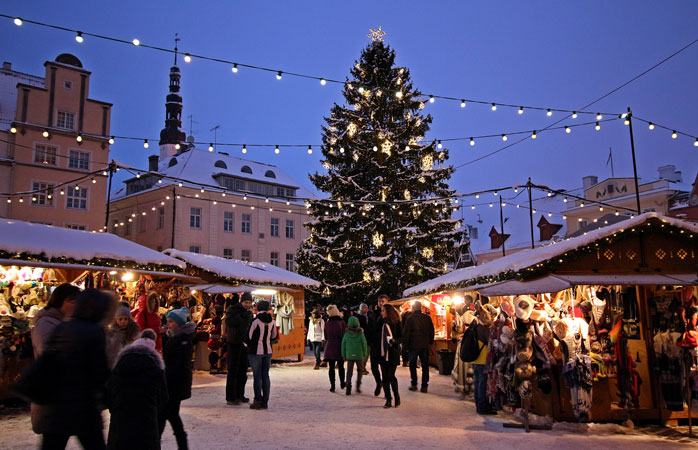 Tallinn’s old city center is postcard-pretty: old churches, baroque architecture, colorful rooftops and cobbled streets. All of it preserved so well, you’ll think you’ve traveled back to medieval times. Though the freezing cold engulfs the Baltic country during wintertime, Tallinn shines like a (Christmas) star during the Yuletide season.

Allegedly, Tallinn is the home of the first-ever Christmas tree put on display in Europe. In 1441, the first tree was erected in the Town Hall Square by the Brotherhood of Blackheads guild, an association of unmarried merchants, who sang and danced around the tree. The local celebration of Christmas still revolves around the Christmas tree, where one of the best European Christmas markets is organised every year. Browse through the various stands selling everything from wool hats and ceramics to scented candles and wooden decorations. All of it produced by local craftsmen.

In-between shopping sessions, stop by for sauerkraut, blood sausages and a glass of mulled wine at one of the market’s food stalls.

Find a flight to Tallinn 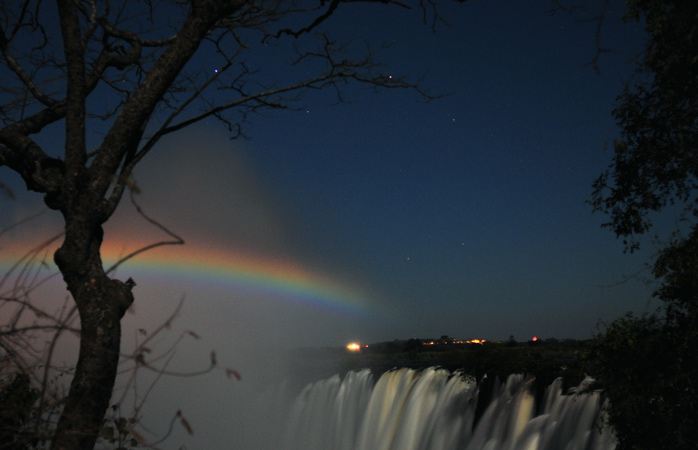 As a predominantly Christian city, Livingstone is always cheery during the month of the happy holiday, with locals welcoming guests with open arms to sing a Christmas carol, watch a nativity play or take part in the community gift giving.

But the best Christmas present one can grant oneself, is an excursion to the UNESCO World Heritage site Mosi-oa-Tunya National Park just outside of the city. The park plays host to diverse wildlife, rainforest and the awe-inspiring Victoria Falls waterfall, otherwise known as the “The Smoke Which Thunders”, which connects Zambia to its neighbor to the south, Zimbabwe.

Locals are extremely proud of this noisy national landmark, and Zambia’s relatively low tourist count means that you can often venture into this rainforest and not have to share it with other, snap-happy crowds. Don’t forget the camera though, Victoria Falls is noted as one of the world’s most impressive (and hopelessly romantic) lunar rainbow – or “moonbow” – spots, and the kaleidoscopic range of colors will certainly be a vision worth saving.

Find a flight to Livingstone 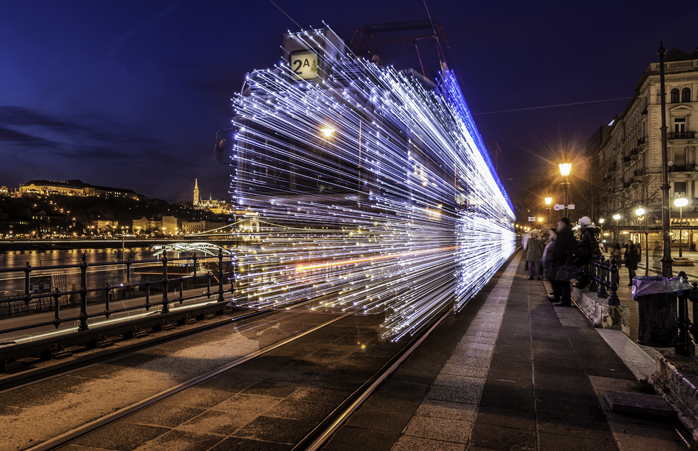 Looking for a bit of last-minute Christmas cheer on a budget? Then the Hungarian capital has jolly charms aplenty!

First up is the obligatory Christmas market in the Vörösmarty Square. Often heralded as the cheapest festive market in all of Europe, the regular touristy memorabilia is replaced by hand-made Hungarian crafts and trinkets – great for some last-minute Christmas presents. If the frosty December temperature and snowfall puts you into a chill, then warm-up with a plunge in Budapest’s largest thermal bath, the Széchenyi.

And then there’s the fairytale trams! For the whole month of December, three central tram lines are decked out with dazzling fairytale lights. Peering out of the windows of these futuristic sleighs is a wonderful way to see the criminally underrated Budapest beaming by nightfall.

Find a flight to Budapest 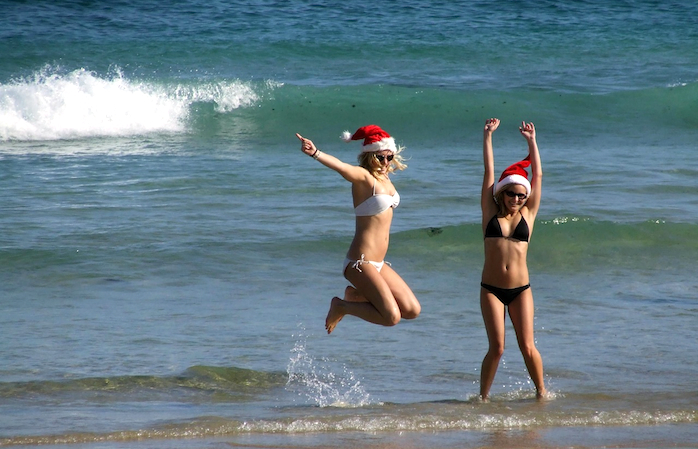 In the lead-up to Christmas, Sydney is known for hosting a series of festive events similar to any Yuletide-loving capital in the northern hemisphere.

Traditional choirs herald in the season in Pitt Street Mall, and The Very Merry Christmas Rocks Market presents everything from handmade gifts to delicious food. For a bit of sing-along, enjoy Australia’s largest free Christmas concert, Woolworths Carols in the Domain. This popular annual event is set near the Royal Botanic Garden and promises to deliver all your festive favourites.

But in Australia, there are no chestnuts roasting on an open fire or Jack Frost ripping at your nose. There are, however, prawns roasting on a barbie (barbeque, that is) underneath the scorching summer sun. So, if that winter chill is not for you this year, head to Bondi Beach. Australia’s most lively beach is the perfect spot to meet someone under the mistletoe, surf the waves on your  surfboard and grill that Christmas dinner the Aussie way.

Find a flight to Sydney 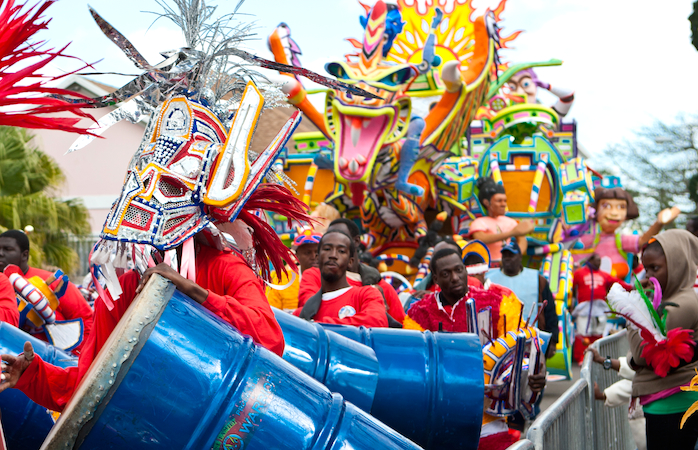 If you’re looking to escape the post-Christmas funk with some scorching sun, outlandish attire and the pulsating rhythm of goombay drums that are simply impossible not to dance along to, then invite yourself to Nassau’s Junkanoo!

Taking place on December 26th and then again on New Year’s Day, it’s the oldest street festival in all of the Caribbean, and even rivals the likes of New Orleans’s Mardi Gras and the Rio Carnival with costumes so bright, bejeweled and downright bonkers.

In-between all the partying and merriment, the month of December is perfect for people looking to kick-back and relax on the less crowded Cable Beach, or dive into the blue for some world-class scuba diving.

Find a flight to Nassau 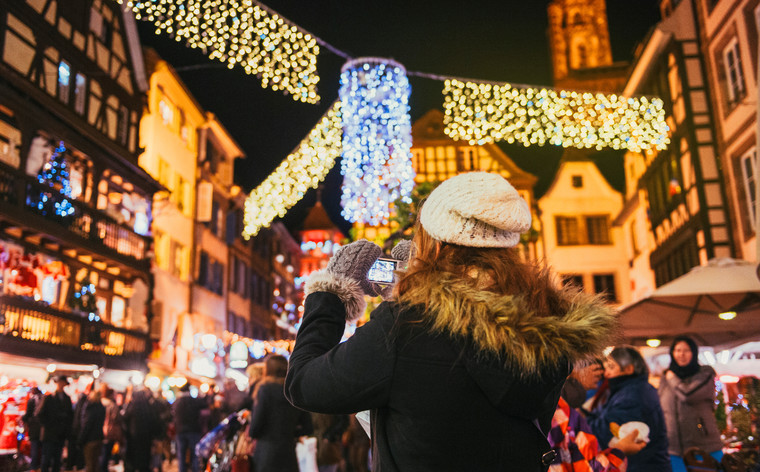 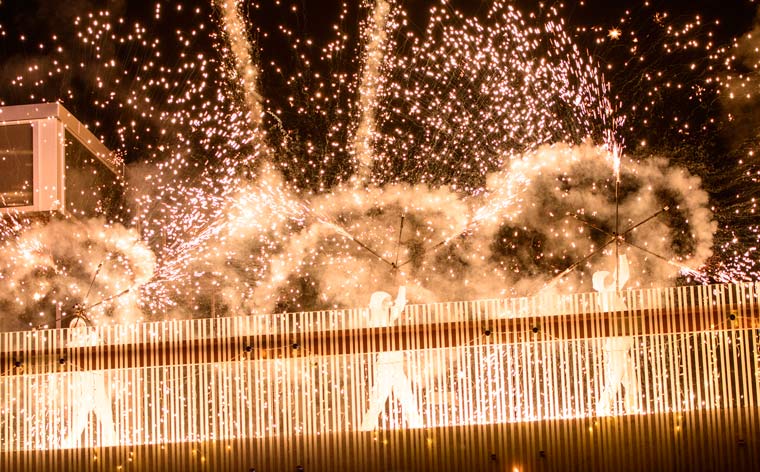 11 weird and wonderful Christmas traditions from around the world 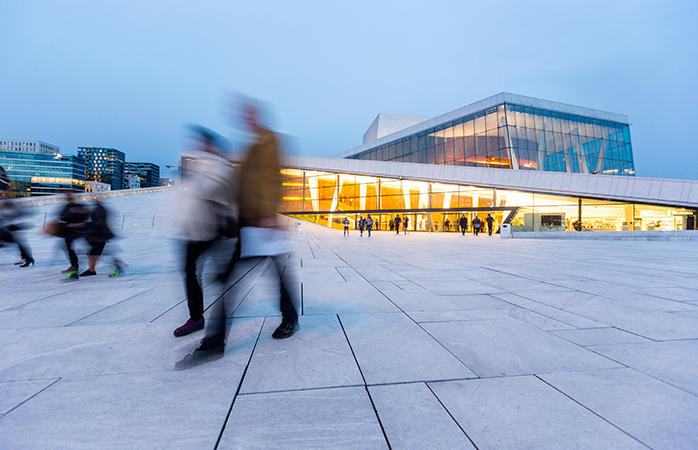 The cheapest time to visit Oslo