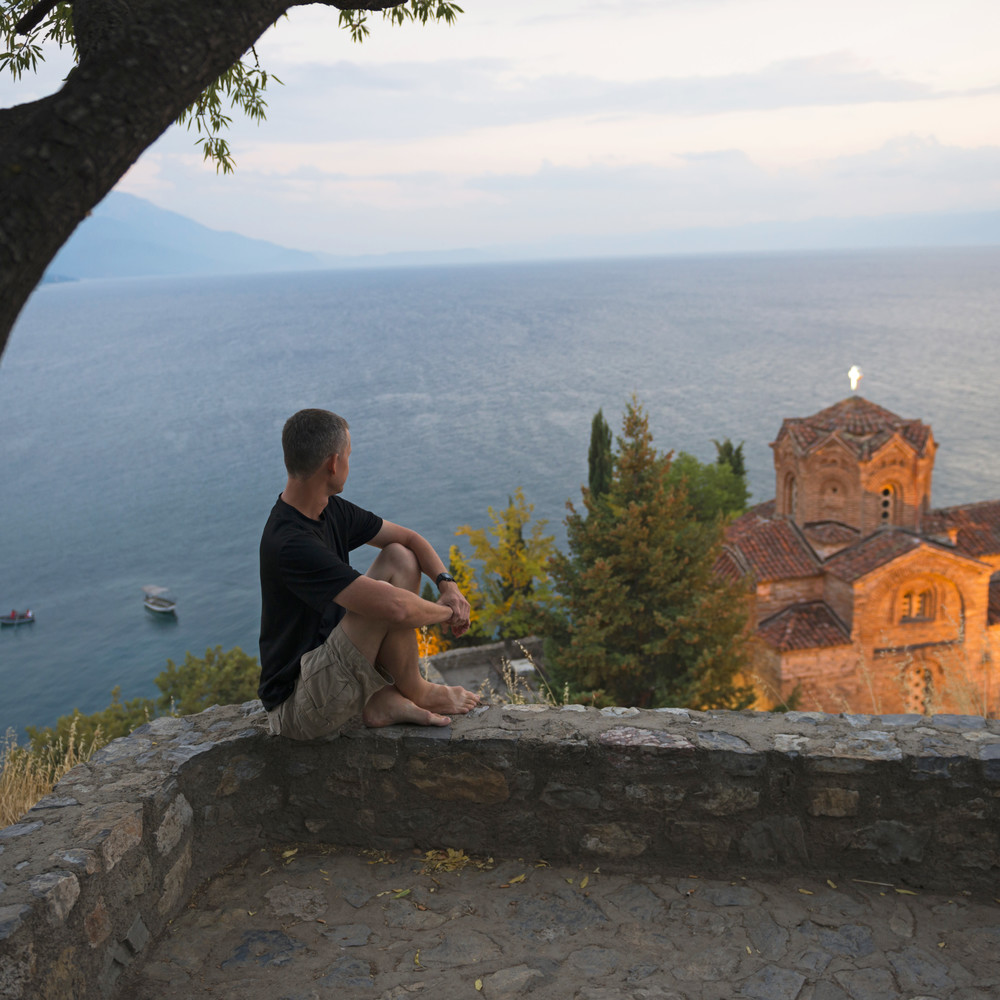 Heading out on a great trip doesn't have to leave you strapped for cash. Here's our rundown of the best affordable vacation destinations for each month of 2019

Beautiful Ohrid is one of 2019's best budget holiday destinations 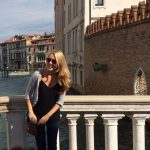 The airfare, the accommodation, the daily expenditures – it all starts to add up when you’re thinking about where to go on your next trip. But there’s no need to feel guilty about taking a holiday, especially to a budget-friendly destination.

We looked at the cost* of some of the most common things travellers are likely to spend money on during a holiday – like a taxi ride, local beer, meal at a mid-range restaurant, as well as a stay in a 3-star hotel, to reveal the best bargain holidays of 2019. Each month’s destination was selected based on a combination of good weather conditions as well as being outside of the respective peak tourist season.

Check out the full chart of each destination’s prices below. Go to chart 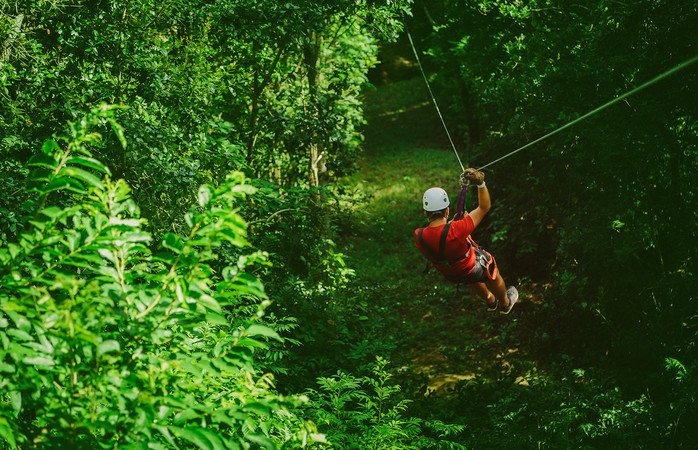 In the city centre, the Mercado Central is the local place to feast. Inside, a number of small restaurants and quick service counters offer meals to go like the classic ‘chifrijo’, a layered dish made of rice, black beans and pork that is sure to satisfy any appetite. Unbeknownst to most visitors, San Jose’s craft beer scene is growing, and the Stiefel Pub in Barrio Amon has a lengthy menu that even beer aficionados will have a hard time choosing between. 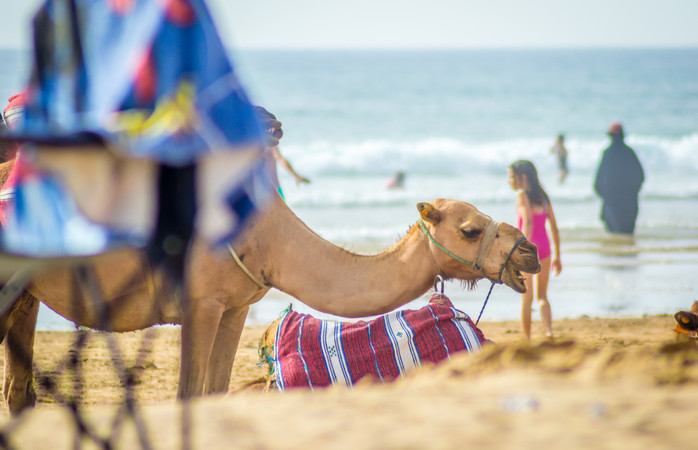 Just 30km off the coast of Spain lies Morocco’s coastal gem – Tangier, a bustling city seeped in Arabic, Berber and European influences. Its Medina, or Old City, is a winding labyrinth of stalls and cobblestone streets where the main attractions are bargaining, people watching and drinking sweet mint tea.

Although the muddled waters of Tangier Beach are not the ideal place to go swimming, it’s a nice place for a ‘paseo’ (a leisurely walk) in the sand and shopping along the Avenue Pasteur. For a real beach paradise, drive an hour south to Asilah where you’ll find turquoise waters and a picturesque, white-walled town. 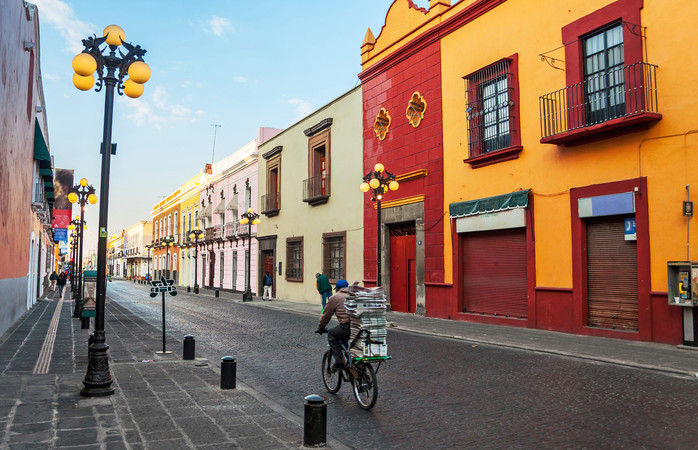 One of Mexico’s oldest cities and the fourth largest in the country, Mexicans and tourists alike know Puebla as a university town with an acclaimed cuisine, colonial history and colourful surroundings.

Nearby the vibrant Zocalo de Puebla square is the Museo Amparo, which has one of the finest collections of Mexican art in Latin America. And for architecture, there’s no better place to explore than the baroque Capilla del Rosario, a 17th-century church with an elaborate interior. Shop for vintage items and antiques along Callejon de los Sapos (Frog Alley) and browse through ceramics and crafts from all over Mexico at the El Parian market. 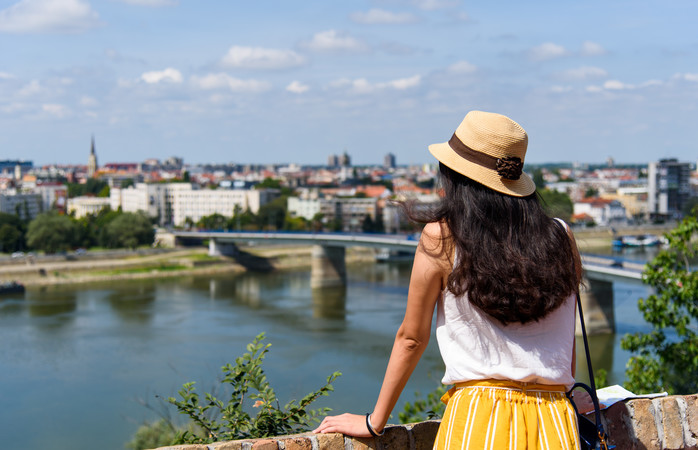 Located on the banks of the Danube, Novi Sad is perhaps most known for its boisterous Exit Festival held every July in the Petrovaradin Fortress. But even if you’re not here to enjoy the beats, the former Austro-Hungarian Empire citadel is worth wandering around, especially for the views over the city.

In 2021, Novi Sad will have the honour of being the first non-EU European Capital of Culture. Get one step ahead of the crowds and go this year. Check out the Museum of Vojvodina and stroll down the main pedestrian street, Zmaj Jovina. Settle down for dinner at one of the local ‘rostilj’ (barbecue restaurants) and order the ‘cevapcici’, hand-rolled sausages made from a mixture of lamb, beef and pork that are grilled and served alongside flatbread and onions.

Flights to nearby Belgrade 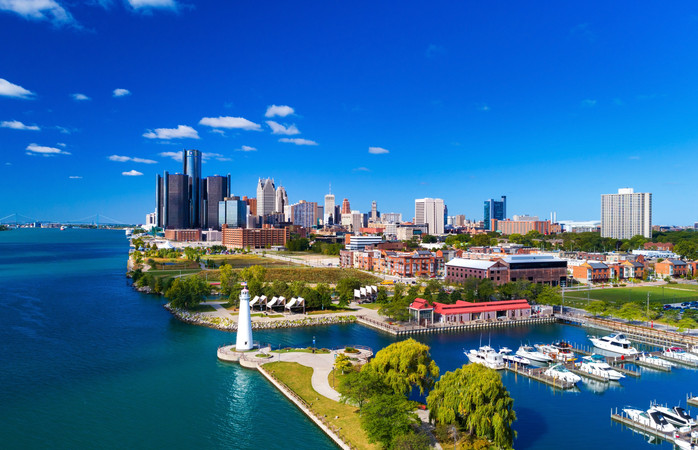 America’s Motor City is going through a re-awakening. The former capital of America’s automobile industry, Detroit’s up-and-coming cultural museums, art spaces and culinary establishments are bringing life to its neon-lit streets and urban surroundings. Spend some time learning about America’s young but significant history at the Henry Ford Museum as well as Fort Wayne.

After New York City, Detroit is home to the second-largest theatre district in the country. The historic Fisher Theatre is one of Detroit’s oldest live performance venues and the place to catch Broadway touring shows. The city’s crown jewel, the Fox Theatre, is one of the highest-grossing in the country.

Every May at the end of the month, Detroit hosts the Movement Electronic Music Festival, an annual event drawing in crowds who are interested in dance and techno music. 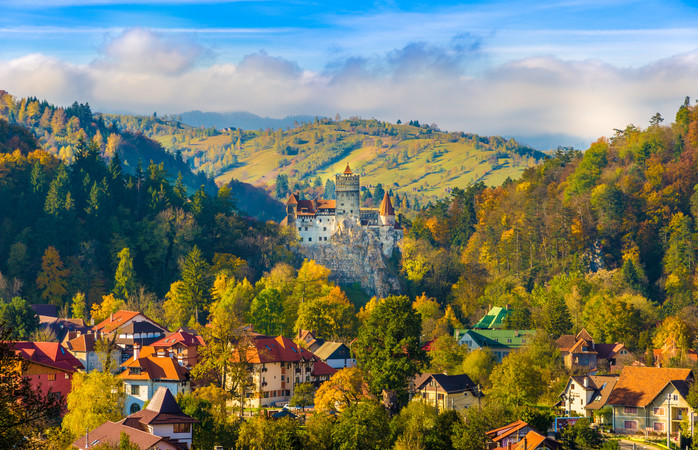 What would a trip to the heart of Transylvania be without experiencing some of Eastern Europe’s finest nature? Brașov is Romania’s gateway to the rural countryside of the Carpathian Mountains and all its outdoor activities such as hiking, camping and wildlife.

But there’s also plenty to see and do in the city. For scenes straight out of a fairy tale, walk along Brașov’s cobblestoned streets to Catherine’s Gate, the city’s last standing original medieval gate. Take in Brașov’s history with a tour of the Biserica Neagra, the Black Church, and admire the views from Brașov’s very own “Hollywood Sign” high up in the forested hills, which can be reached a quick hike or cable car ride.

Flights to nearby Sibiu 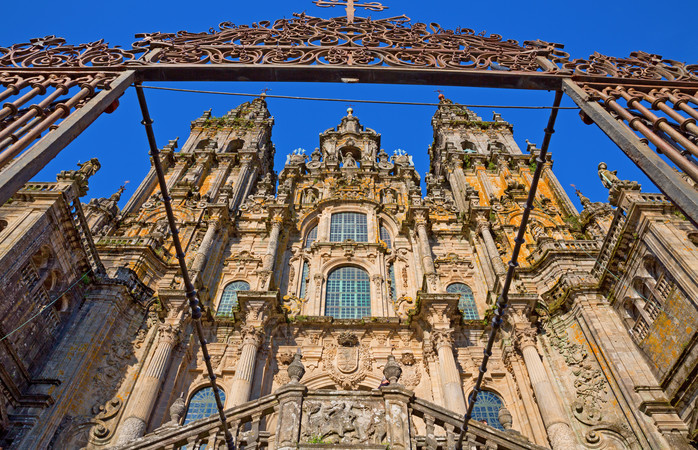 Travellers often make their way to the capital of Spain’s Galicia region at the end of the well-known pilgrimage route, Camino de Santiago. Walking routes aside, Santiago’s Old Town is a beautiful Unesco Site characterised by its stony streets and mix of Gothic, Romanesque and baroque buildings.

Along the Rua do Franco, you’ll find family-run restaurants and cosy bars to grab a glass of red wine and munch on complimentary little bites, in true Spanish style, like croquettes, tortilla and fresh seafood. Order the ‘Pulpo Gallego,’ or Galician-style octopus served with olive oil, paprika and boiled potatoes. The street leads up to Santiago’s cathedral, an important Roman Catholic church and reputed burial site of the apostle Saint James the Great. 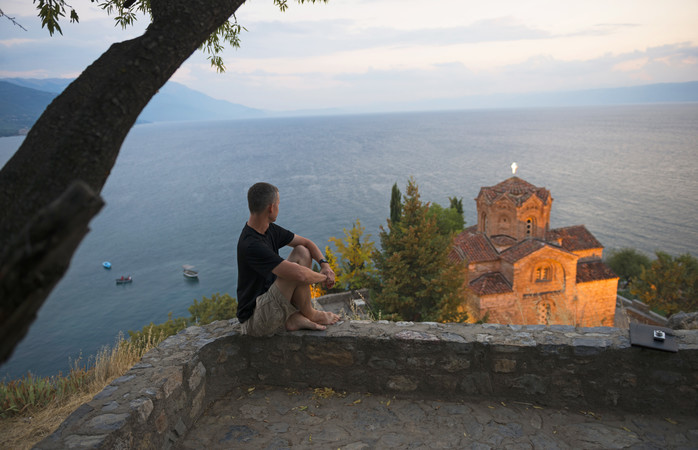 On the edge of one of Europe’s oldest and deepest lakes, Ohrid’s clear blue skies, many hours of sunshine and important historical landmarks make for an enjoyable summer getaway. Get acquainted with Ohrid on a scenic boat tour before dedicating hours of enjoying water activities like swimming, snorkelling and diving.

For sightseeing, it would be impossible to miss the Byzantine architecture of St. Jovan of Kaneo. With its scenic location atop a cliff, the Orthodox church is one of the most photographed places in Macedonia. The St. Sophia Church is also a great example of Macedonian medieval art and frescoes, and while you’re at it, the Church of St. Pantelejmon-Plaoshnik, the site of the first university in Europe and where the Cyrillic alphabet was created, should not be missed. 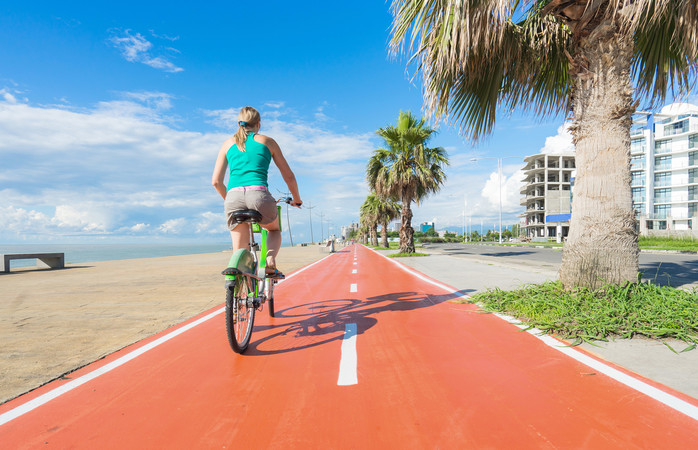 Georgia’s second largest city is yet to really be discovered. A charmingly quaint beach town, Batumi is a city filled with contrasts. An authentic old town comes alive with a booming street art scene, while 19th-century architecture sits alongside modern skyscrapers and casinos on every corner.

There is much to love about Batumi, not least its beach and waterfront promenade – a six-kilometre stretch dotted with hotels, bars, sculptures and fountains. Take a leisurely stroll or bike ride along the coast before catching a sunset cruise on the Black Sea. If you’re lucky, you might even see dolphins along the way! 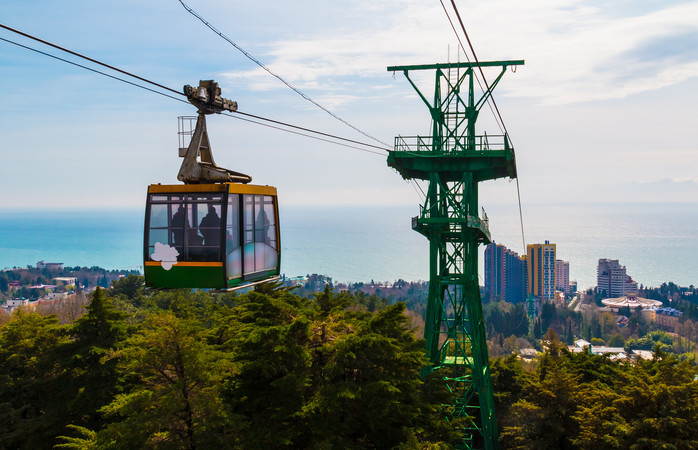 A busy resort town on the Black Sea, Sochi is where local celebrities and elites often come to relax at the beach and enjoy the animated nightlife. Far less crowded during autumn, the “Summer Capital of Russia” is pleasantly warm and affordable in October, perfect for walking around the Stalinist-style buildings or the lush gardens of the tropical Arboretum Botanical Garden.

In addition to its summer activities like swimming and sunbathing, Sochi has plenty of cultural institutions to offer. The lavish Sochi Art Museum presents some of the finest collections of Russian paintings and decorative art while the Winter Theatre showcases world-renowned ballet, opera and theatre performances. 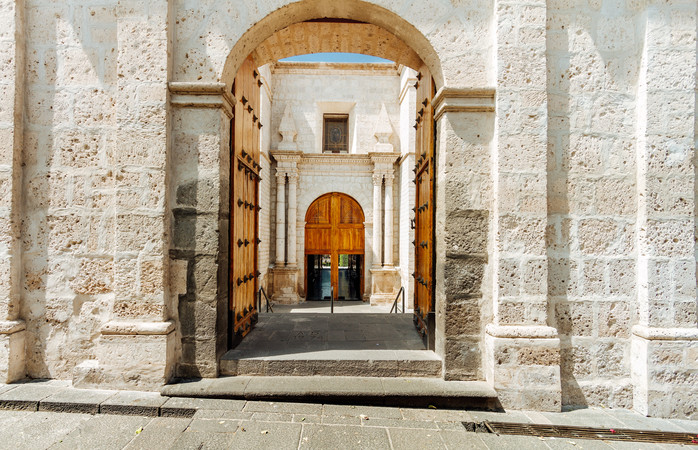 Just around the corner from the plaza is the Museo Santuarios Andinos, where visitors will encounter Juanita – the perfectly preserved mummy of a little girl who was offered as a human sacrifice during the Incan Empire. Across the river, the colourful Yanahuara district is not to be missed. Indulge in a hearty meal at La Nueva Palomino and share a sizzling meat platter with all the local specialities. The Mirador de Yanahuara has some of the best views of the Misti Volcano, as well as ample opportunity to buy crafts and souvenirs. 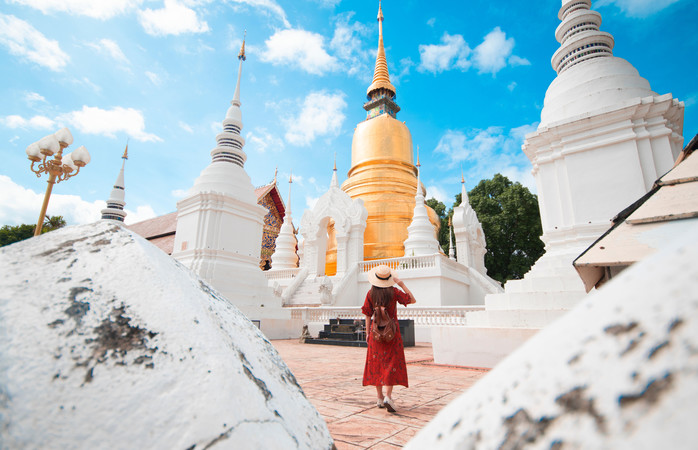 Although the locals will be walking around in leather jackets and scarves, northern Thailand is the perfect place to escape the winter blues due to its comfortable daytime temperatures and little-to-no rain. Within the historic Old City walls, modern restaurants and eclectic bazaars mingle with well-preserved monuments and ancient landmarks. Ornate Buddhist temples decorated in gold inside and out can be found by the hundreds.

Overlooking the city from its mountainous throne sits Chiang Mai’s most recognizable landmark, Wat Phra That Doi Suthep. Considered one of the most sacred sites for Thai people, Doi Suthep still functions as a working monastery today where visitors can explore the temple grounds and enjoy impressive views over the city.

Here’s an overview of our budget destinations 2019 and the prices you can expect there:

*Prices for taxi ride, domestic beer and meal were acquired from Numbeo.com data in October 2018

**Hotel prices are based on the average base rate of 3-star hotels in each destination during their selected month in 2018. Data was pulled from Momondo.com in Oct. 2018 and adjusted to the currency rate of Oct. 2018 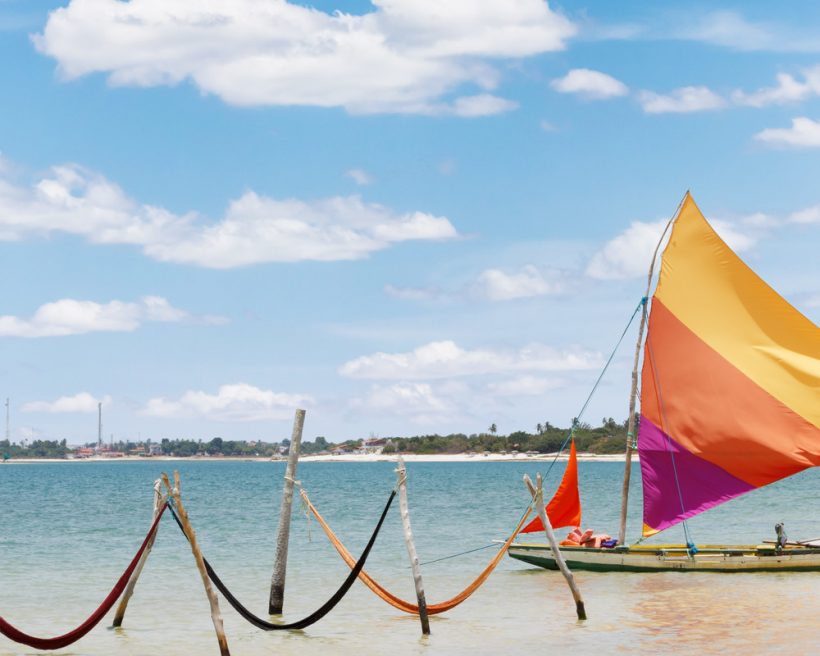 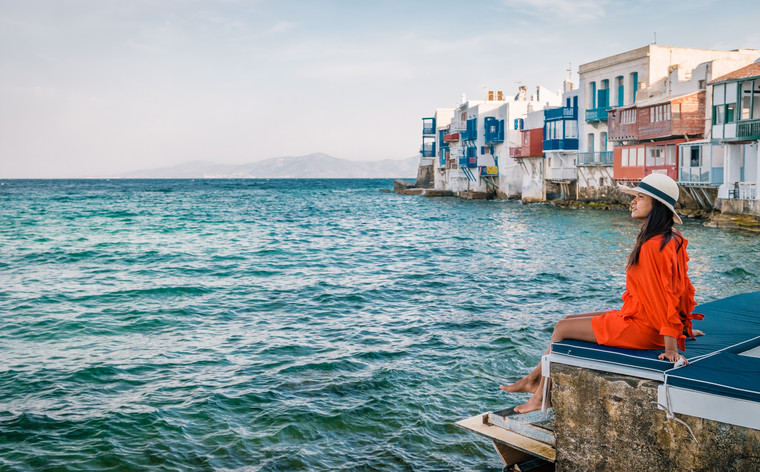 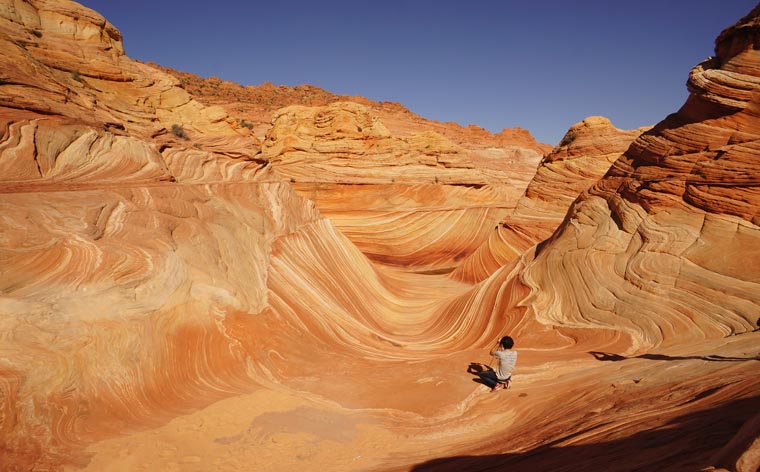