Find the best deals on 2,193 hotels in Hainan

Below are the average prices for hotels in popular Hainan cities

Find your perfect Hainan hotel in the perfect location 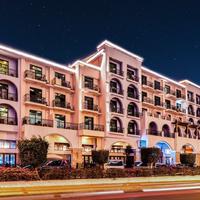 Things to do in Hainan

How much do hotels cost near Dadongdai Beach?

Are there hotels available near Wuzihzhou Island Beach? 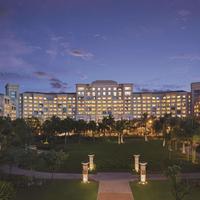 Stay in these Hainan cities

Looking for a Hainan getaway? Check out the hotel deals in these cities

What is the most popular destination in Hainan?

What is considered a good deal for a hotel in Hainan?

What are the best hotels in Hainan?

Based on the ratings from momondo users, the top-rated hotel in Hainan is SanYa Xin Lan Holiday Apartment with Sea View, located in Sanya and with an average rating of 98. The second highest-rated hotel in Hainan is Yuansu Guesthouse, which is found in Sanya and was given an average score of 97 by our users. The third best hotel rating is a 92, which was given to Wanda Vista Resort Sanya in Sanya.

Start planning your trip to Hainan