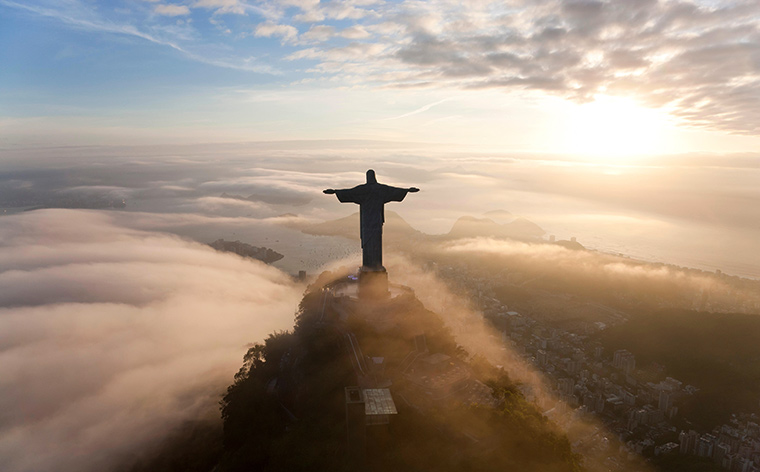 The "Cidade Marvilhosa", the Marvelous City, has so much more to offer than beach parties and wild nightlife. Grab that camera and start sightseeing in Rio de Janeiro with a visit to these 9 amazing landmarks

From football “sanctuaries” to real churches and theatres with an incredibly calm aura: Feast your eyes on these 9 incredible landmarks that are just perfect for sightseeing in Rio de Janeiro, as highlighted in our free Rio city guide, momondo places. Download it today! 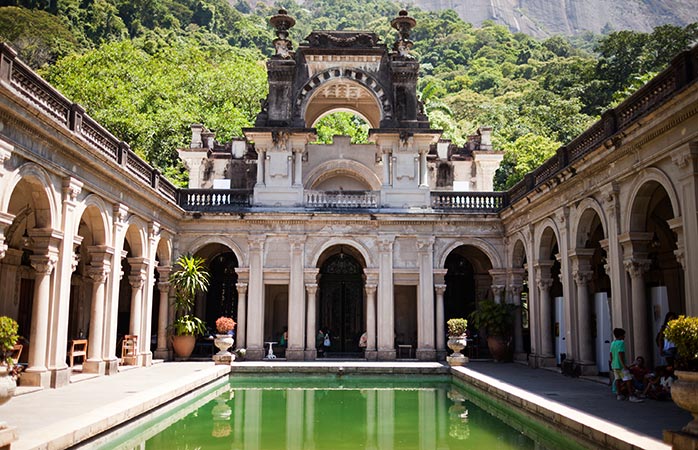 Fancy a relaxing afternoon in “the armpit of Christ”? That is what locals call this area due to its location directly under the outstretched right arm of the Christ the Redeemer statue. The cool air from the adjacent Tijuca Forest produces a tranquil atmosphere, making these pretty gardens the perfect spot for a picnic. A café and art school make use of the gorgeous stone mansion at the centre of the sight.

If you’re feeling energetic, use this as the start for your hike up Corcovado Mountain. Otherwise just explore the grounds or find a quiet spot to lie back and enjoy this beautiful oasis of calm. Open from 08:00-17:00. 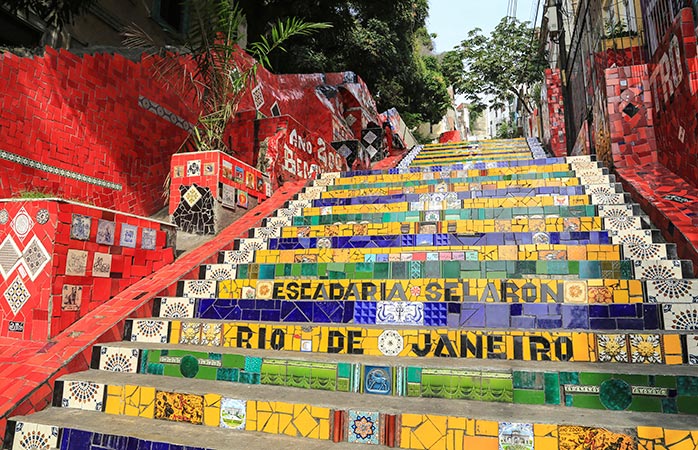 For most people, a set of steps is just an everyday way of getting from A to B. For Jorge Selarón however, the steps outside his house were a blank canvas. Until his death in 2013, this eccentric Chilean artist spent over 20 years decorating these steps with thousands of tiles.

The end result is spectacular – a riot of red and yellow spread over 250 steps linking the neighborhoods of Glória and Santa Teresa. These unique steps were featured in promotional videos for both the World Cup and Olympic Games. If you want to avoid the crowds and get that perfect photo, arrive early on a weekday. 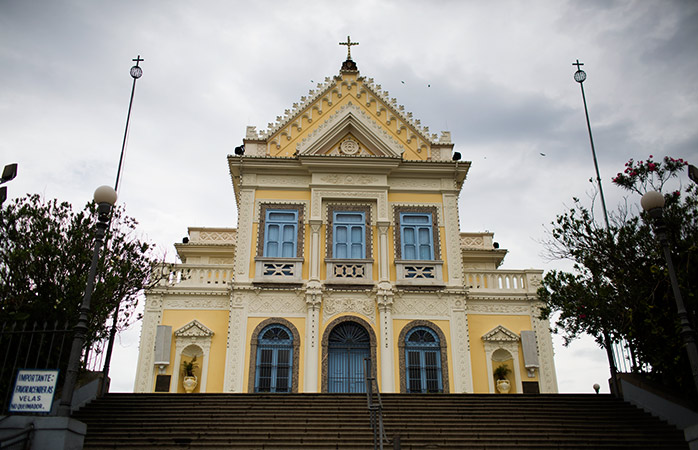 This twin-spired church, also known as Igreja da Penha, perches dramatically on top of a solid stone peak overlooking Rio’s North Zone. 382 steps have been carved directly into the stone, and ascending the stairs you may encounter faithful pilgrims climbing these steps on their knees. There is a funicular for those with mobility issues.

When you’ve found your way to the top, the views are remarkable, taking in a complex of “favelas” – slums – and Rio’s main international airport. The interior of the church is beautifully decorated; look out for the “Sala dos Milagres” – Room of Miracles – where people light candles in the hope of divine help. 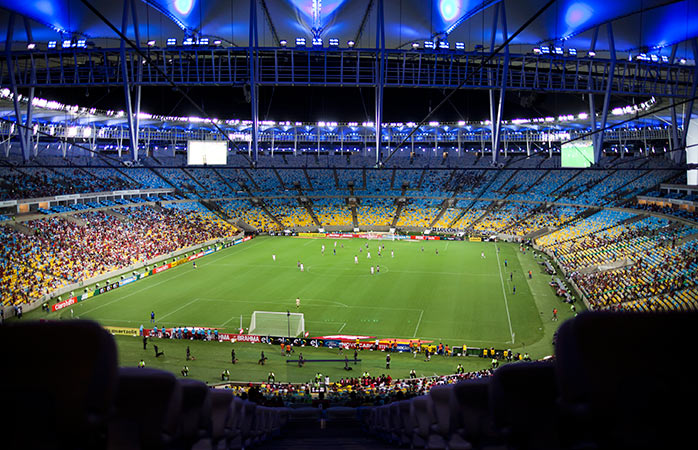 The epicenter of this soccer-mad country is Maracanã, once the largest stadium in the world. Built for the 1950 Soccer World Cup, Maracanã then staged a game watched by nearly 200,000 spectators.

After extensive renovations for the 2014 World Cup, a visit to this piece of soccer history is a must for anyone interested in the “beautiful game”. One-hour guided tours are available every day between 09.00-17.00 – and take you around the stands, VIP boxes, changing rooms and dugout. If you’re interested in watching a game, you’re warmly recommended to try to get tickets for a match between one of the four big local teams. Attending one of the local matches is an excellent way of experiencing the Brazilian passion for soccer. 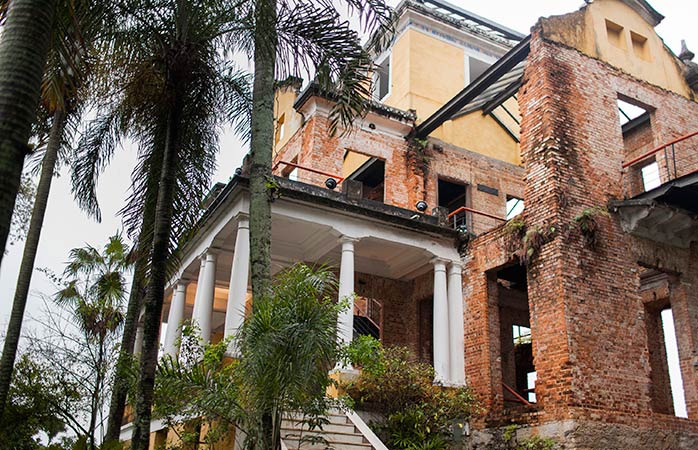 Perched atop the highest point in Santa Teresa, this abandoned, once-grand mansion was once a meeting point for Rio’s artists and intellectuals. Today the ruination has been halted with the careful placement of glass panels and steel girders, so it’s safe to explore.

Walk through the crumbling red-brick doorway and you’ll find a staircase that leads up to walkways on the higher levels of the building. From here you’ll enjoy amazing views of Rio’s Centro business district, Sugarloaf Mountain and the Rio-Niterói Bridge. You’ll also find a small café which hosts occasional live performances, and a small art museum, Museu Chácara do Céu, is just next door, making a nice double-bill. 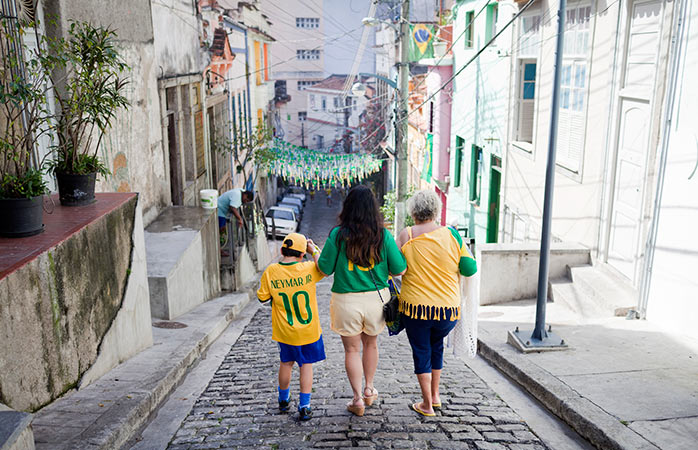 Divine intervention or blind luck? No one really knows how or why, but in a city that hasn’t always looked after its historic buildings, Morro da Conceição somehow escaped the effects of modernization that scarred so many historical areas of the city.

As you stroll the streets of this “morro”, which translates to a hill, you’ll be rewarded with a host of treasures: beautifully preserved houses decorated with hand-painted tiles, local artists’ studios and views of the city when you reach the top. And if all that walking makes you thirsty, stop in at Imaculada – a beautiful little bar that doubles as a gallery for the many local artists. 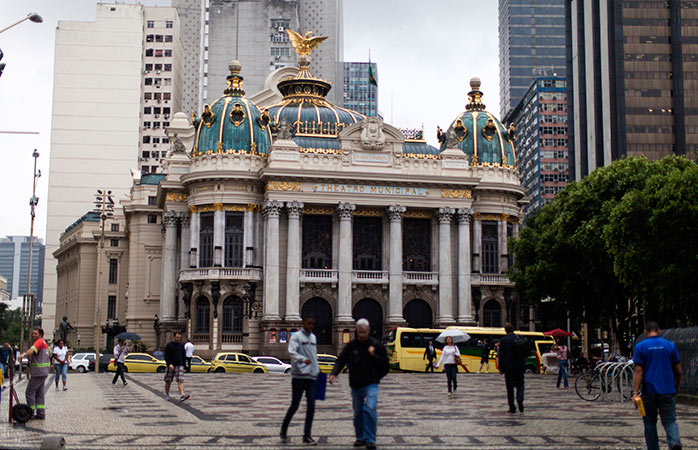 A night at the Theatro Municipal is a great excuse to dress up -– don’t even think of showing up in shorts and flip flops! –- but it is still surprisingly affordable. Seats in the Galeria cost as little as R$ 10. If you’d like to take a peek, try one of the 45 minute guided tours. 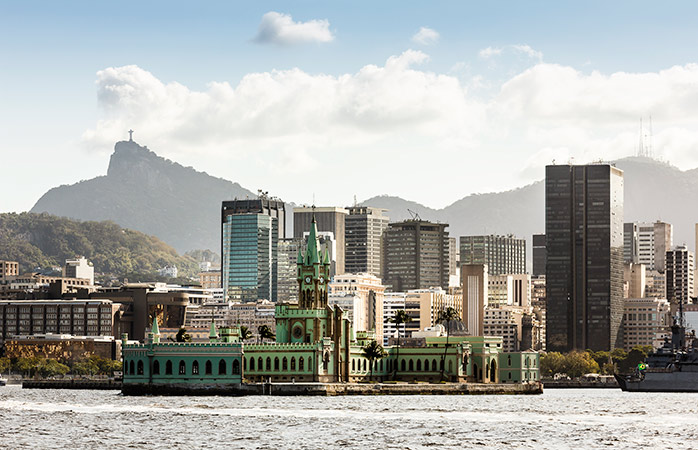 Imagine it’s 1889 and you’re heading towards the city’s most legendary party. It is most likely situated at the island Ilha Fiscal, attracting socialites for centuries. Ilha Fiscal is also where the emperor threw what later became known as the “Empire’s last ball” – just six days later the republic was proclaimed.

This tiny island is taken up entirely by an exquisite neo-Gothic palace which has most of the original furniture preserved. Tour the grand ballrooms and airy hallways to get a real sense of what Brazil was like back in the final days of the empire. Ilha Fiscal is reached by a schooner which sails from Praça XV. Tours run on weekends only and must be booked through the Brazilian Navy, the island’s owners. 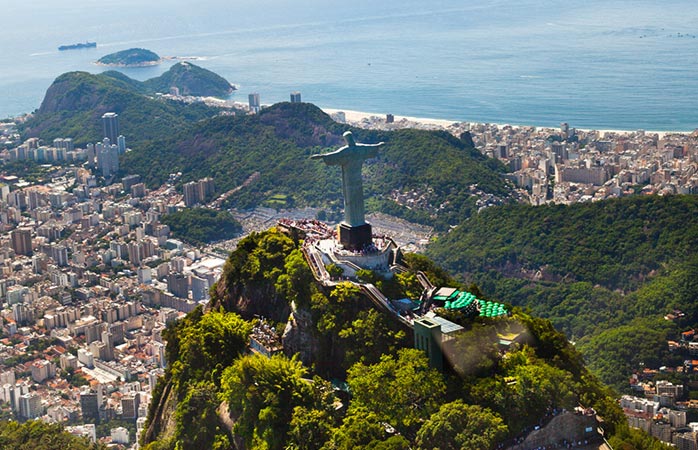 Rio’s Art Deco statue of Christ the Redeemer is quite simply one of the most famous statues in the world and a true icon of the city. Standing nearly 100 feet (30 meters) tall and perched atop the dramatic 2300-foot-high (700-meter) peak known as Corcovado, this really is one of Rio’s unmissable attractions.

The best way to get to the top is by train (from 08.00-19.00). Once you get up there, the view is unparalleled – gaze down at Sugarloaf Mountain, Maracanã Stadium, Guanabara Bay and the main spread of the city. The statue itself is a joy – the image of pure benevolence. Go on a clear, sunny day and steer free of the busiest periods at lunchtime and on weekends.

Convinced? Find a flight to Rio

Curious about the city? Then check out our Rio inspiration site, containing all the best restaurants, bars, museums and more to help you plan your trip! Or you can download our free momondo city guide of Rio de Janeiro for hand-picked tips from locals. 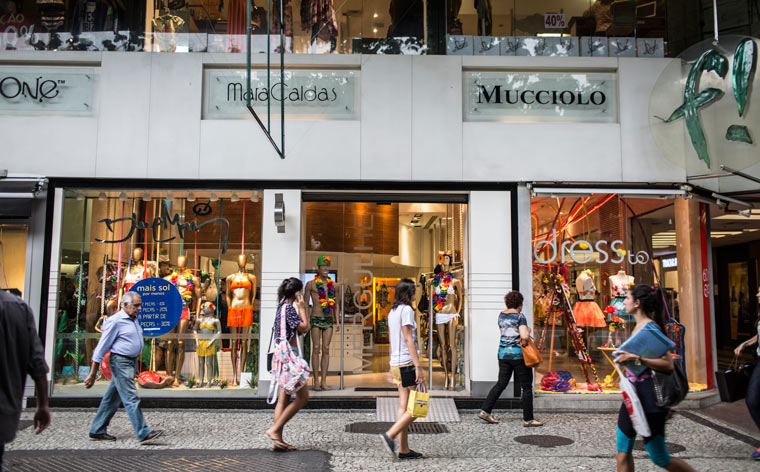 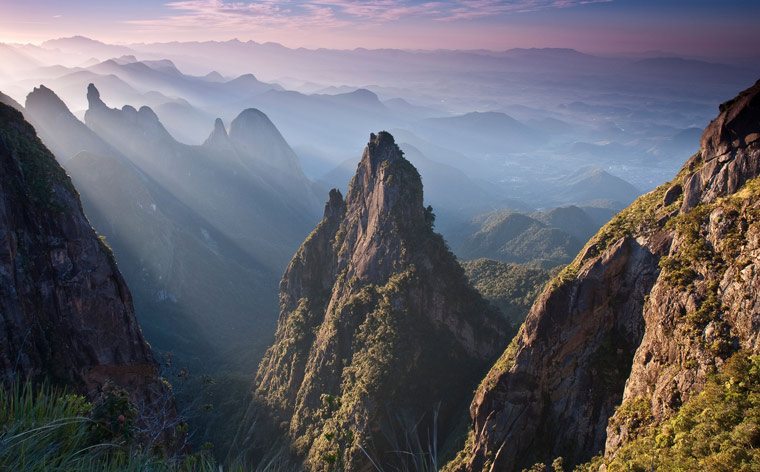 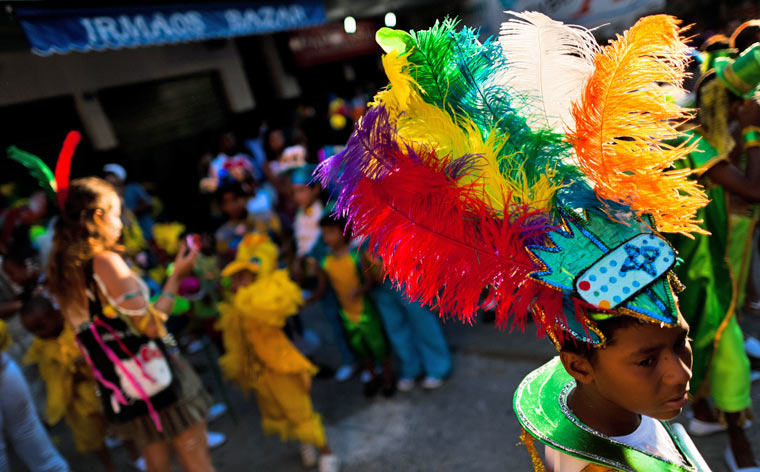