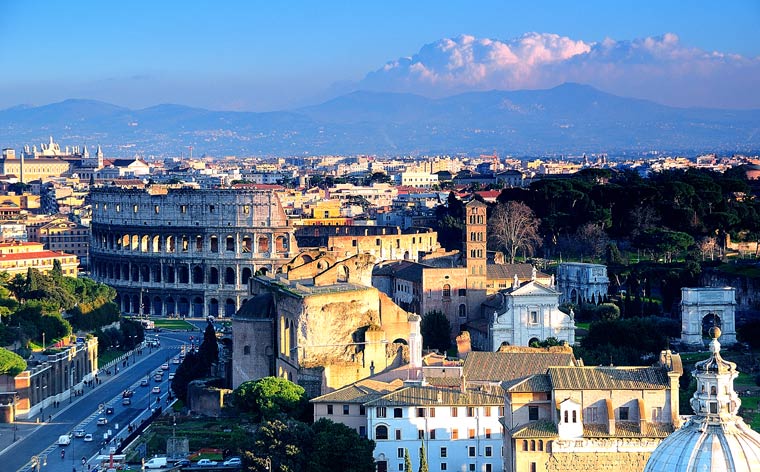 Don’t get lost in-between all the options of great Roman architecture you “have” to see when visiting Rome. To make it easier for you, we have put together a list of stunning buildings in Rome.

All places are picked from our free city guide for Rome, momondo places, available for iPhones. Download it and get access to over 200 recommendations on what to do in the Italian capital. 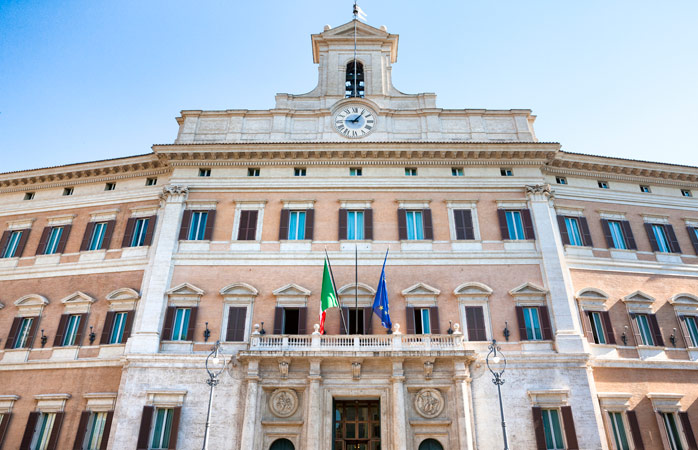 Palazzo Spada is beautiful and packed with art treasures

Art appreciators will revel in delight while visiting Palazzo Spada. In this 16th-century palace you will find the beautiful Galleria Spada. The palace was purchased in 1632 by Cardinal Spada, who managed to acquire enough space for the family’s magnificent collection of paintings, statues and antique furniture.

The gallery has but four rooms. However, they, in turn, are packed with art treasures. The rooms Sala dei Mappamondi and la Galleria degli Stucchier are particularly recommendable. Note the striking, Perspective Gallery by architect Francesco Borromini, in which an optical illusion makes the gallery look four times longer than it is. 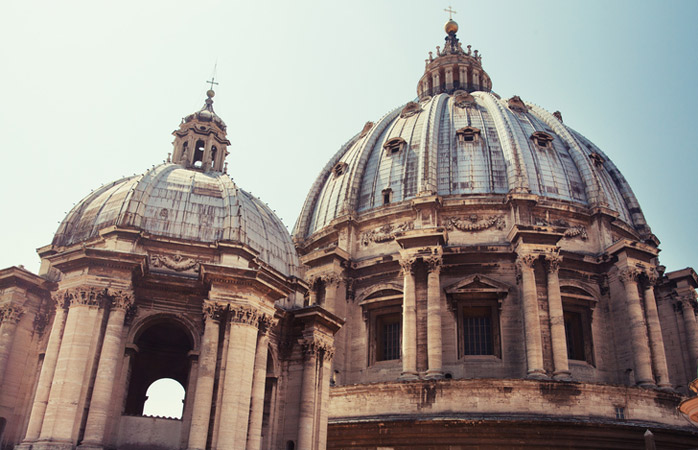 You’ll need good legs and a great deal of determination to climb the 551 steps up into the dome of St Peter’s basilica. Even if you go for the elevator option, there are still 320 steps to deal with – and they are cramped, difficult steps up into the curving dome.

The first landing, half way through the climb, is at the base of the dome, with a bird’s-eye view down into the interior of the Basilica. The final section of the strenuous trip leads to an outer balcony with a heart-stopping view across the Italian capital.

‘A play on light and shadows’ was the aim of architect and painter Donato Bramante (1444-1514) when he created his first building in Rome. He got it just right: the Chiostro del Bramante – part of a convent attached to the renaissance church of Santa Maria della Pace – is a minor masterpiece. Bramante placed arches in such a way that shadows and light embrace and intertwine with each other lovingly over two floors. 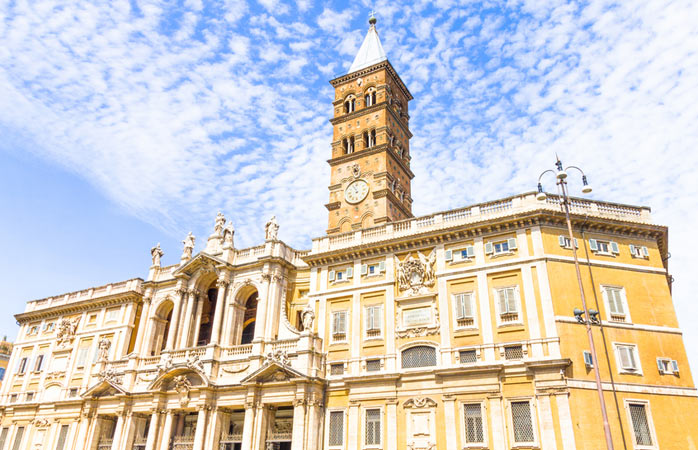 Santa Maria Maggiore is a blend of mediaeval, renaissance and baroque architecture

One of Rome’s most important and beautiful basilicas is Santa Maria Maggiore. The church is located in the popular Equilino quarter. Pay it a visit and witness the successful blend of three different architectural styles: mediaeval, renaissance and baroque.

The church was built during the years 432-440, and over the following centuries other architectural elements were added, including the bell tower from 1377, the tallest in Rome. It is primarily known for its unusually beautiful mosaics. Note in particular the mosaic in the church’s apse, which depicts the crowning of Virgin Mary. 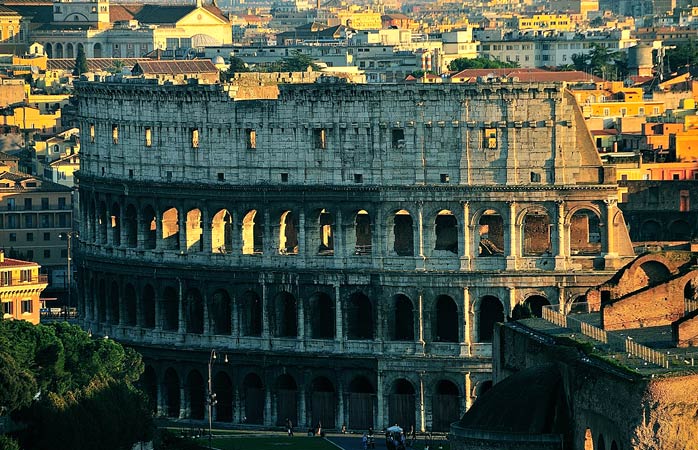 Colosseum is probably the most famous example of Roman architecture

In 2007, the Colosseum was added to a list of the ‘Seven New Wonders of the World’. The Colosseum has been a popular destination all through the course of history. The English monk, the Venerable Bede, stated in the 8th century: ‘As long as the Colosseum exists, Rome will exist. When the Colosseum collapses, Rome will also tumble to the ground. But if Rome collapses, it will mean the end of the world.’ His words clearly indicate the high elevation of the status of the Colosseum.

Looking back to its beginnings, the inauguration of the Colosseum was celebrated in style. Over a period of 100 days, a large number of gladiatorial combats were arranged, at which 2,000 gladiators and 9,000 animals lost their lives. Later on, the Colosseum was also the scene of hunting sessions where elephants, rhinos, gorillas and even giraffes were killed in front of 50,000 spectators. The Colosseum is accessed on the same ticket as the Roman Forum and the Palatine. 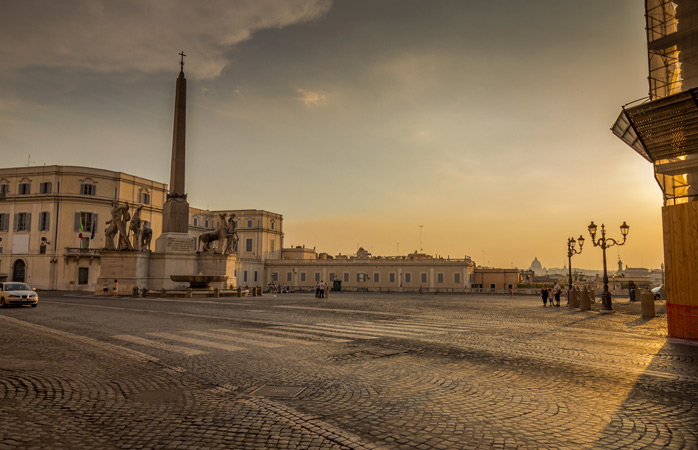 The presidential palace, Palazzo del Quirinale is an incredible sight. Its construction began in 1574 by Pope Gregory XIII and wasn’t completed until 1700. The big palace covers an area the size of almost 16 football fields. For a long time, the Quirinale served as the summer residence of popes. Through the years, a total of 30 popes, four royal families and 12 Italian presidents have lived at the Quirinale.

The essay, The Caste, which was Book of the Year in Italy in 2007, revealed that the running costs of the Quirinale are astronomical. Just short of 2,000 people are employed at the presidential palace. These include two watchmakers who, on a daily basis, maintain approximately 400 pendulum and cuckoo clocks, as well as glockenspiels that together form one of the world’s most precious clock collections.

The palazzo can be visited every day except Monday and Thursday; you must book at least five days ahead through the official website.

Find a flight to Rome

Need more tips for Rome? Dive into more culture at these great 10 spots and enjoy a nice espresso in the 5 best cafés of the Italian capital 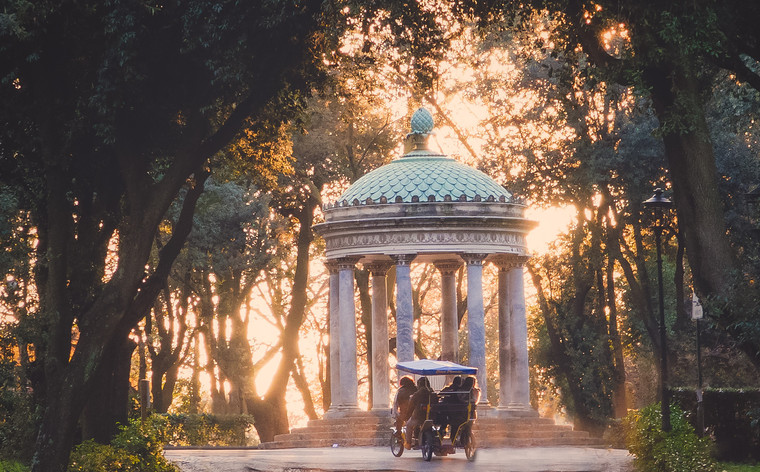 10 reasons to return to Rome for a second visit 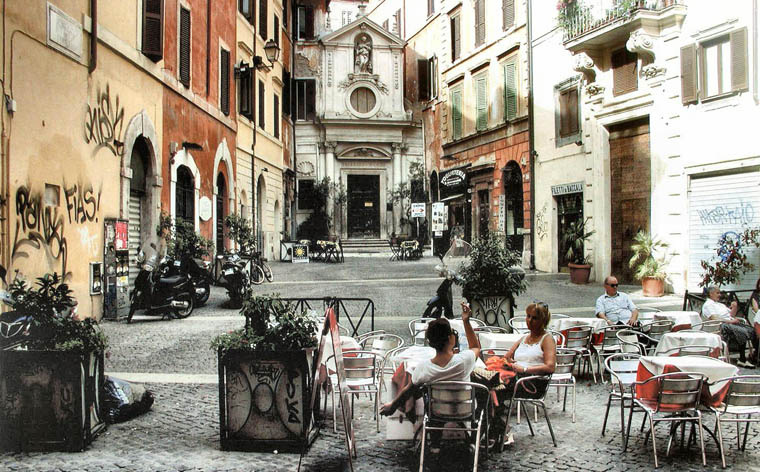 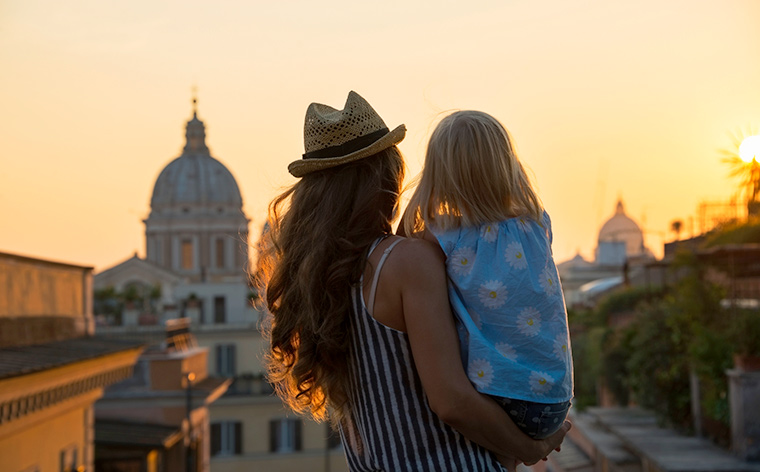 From gelato to puppet theater: the best of Rome with kids