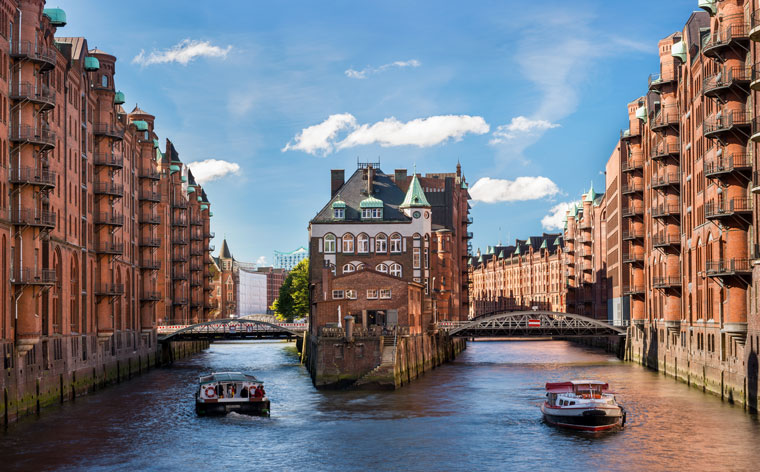 DiscoverCitiesWhat to do in Hamburg for free!

Want to experience Hamburg without breaking the bank? We've got you covered. Here are our best tips on what to see and do in Hamburg for free

Hamburg – the worldly and cosmopolitan little sister of Berlin. An architectural gem recognized internationally for its progressive urban planning, Germany’s second-largest city is also one of the country’s wealthiest and, as far as German destinations go, may be considered a little on the pricey side. But fear not, a visit to this vibrant city on the River Elbe doesn’t have to come with a hefty price tag. There is lots of money to be saved by taking advantage of the free attractions, sights and experiences on offer. That way, you can spend your euros on fresh food from the markets, sipping drinks on the promenade of Jungfernstieg, dancing the night away at Reeperbahn or shopping in Schanzenviertel. Without further ado, we bring you the best things to do in Hamburg for free.

Find a flight to Hamburg
Find a hotel in Hamburg 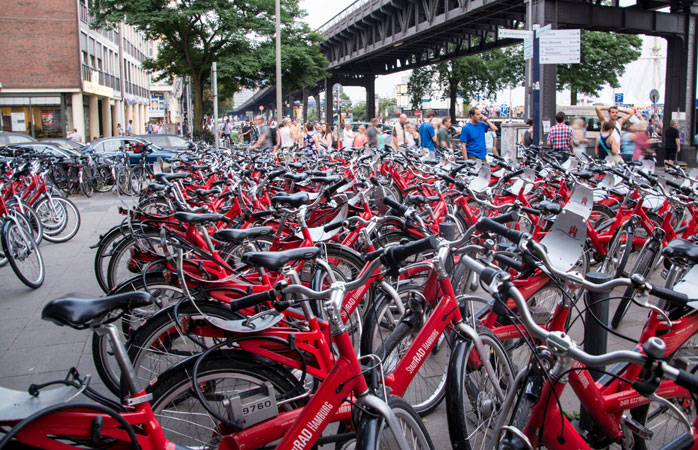 With the impressive amount of bikes in Hamburg, you’d be forgiven for thinking you had arrived in Amsterdam or Copenhagen. Like these two-wheel enthusiasts, Hamburg has established itself as one of the world’s most bicycle-friendly cities. In addition, it boasts Germany’s most popular city bike system, StadtRAD.

StadtRAD allows you to travel quickly and independently around the city – with the added benefit of being eco-friendly. The first 30 minutes are always free. After that, it costs just €0.08 per minute to hire a bike. That is basically free!

You’ll find pick up/drop off stations at many U-Bahn (underground) and S-Bahn (overground light rail) stations, making it a convenient way of exploring the city’s many sights.

Find out more about StadtRAD Hamburg. 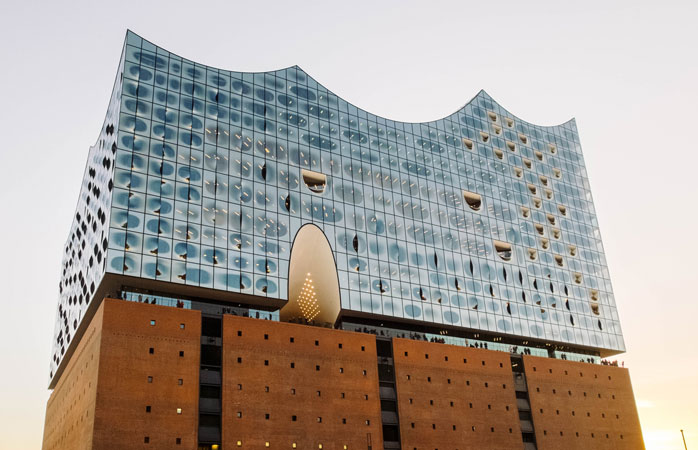 The Elbphilharmonie concert hall in HafenCity is an impressive sight

Past and present come together in Hamburg’s must-see neighborhoods Hafencity and Speicherstadt. The largest warehouse district in the world and a Unesco World Heritage Site since 2015, Speicherstadt (literally meaning “city of warehouses”) and its characteristic neo-Gothic red-brick buildings form an impressive block of history and an Insta-worthy stop on your Hamburg city tour.

Built between 1883 and 1927 as a free zone to transport goods without paying taxes, the warehouses span an area of almost 65 acres including an impressive network of streets, canals and bridges. By contrast, the historic site sits right next to, or in the middle of, the gleaming glass and steel of Europe’s largest urban renewal development project: HafenCity.

For centuries, the port of Hamburg has been the focal point of development in this Hanseatic city and HafenCity is no exception. Office buildings, restaurants, apartments and even a university make up this architectural dream that will expand the Hamburg city area by 40% once completed. The main landmark of HafenCity is the Elbphilharmonie concert hall with its impressive glass facade and wave-like rooftop. 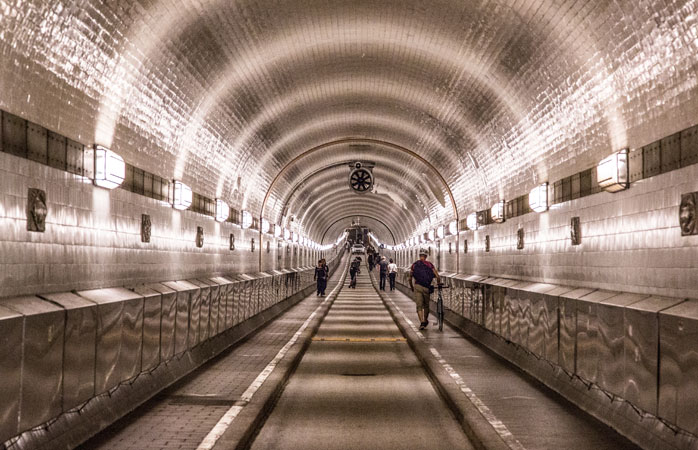 Get your camera ready when you visit the Elbe Tunnel – a local favorite © Tony Webster / CC BY 2.0

A visit to the old river tunnel, known as Elbe Tunnel or St Pauli Elbe Tunnel, is another city highlight. The tunnel was built in 1911 to provide a direct route for dock workers from the St Pauli Piers or ‘Landungsbrücken’ over to the southern banks of the Elbe river.

Today, it’s a favorite among locals and visitors alike, who marvel at the historic engineering and enjoy the panoramic views over the city from the south side of the river after passing through the 465 yards of nostalgia. The Elbe Tunnel can be explored by foot or by bike and it is open 24/7.

You saw this one coming from miles away. Literally. The distinctive copper roof and the 433-foot-tall tower with Germany’s largest clock bell is visible from afar. We’re talking about St. Michael’s Church, locally known as St. Michaelis, in the center of Hamburg.

Regularly listed among Northern Germany’s most beautiful, the church is the most important landmark in the city. The baroque architecture and the observation deck that offers fantastic views over the city and its harbor are just a few of the reasons that make it one of the most popular attractions the city has to offer. Go find out the rest for yourself. 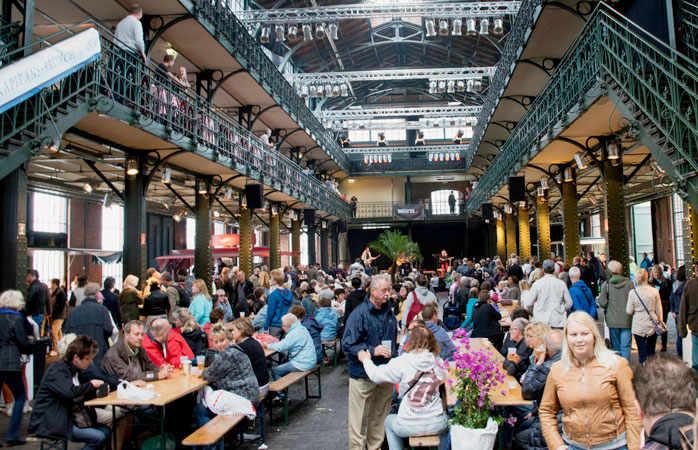 Rise and shine at the Hamburg fish market on Sunday mornings © Bruce Harlick / CC BY 2.0

Anything that isn’t bolted to the ground has, at some point, been sold at the St. Pauli Fischmarkt. Operating since 1703, you can get your hands on everything from fruit, flowers and clothes to – as the name suggests – fish.

So, if you happen to be in Hamburg on a Sunday morning between 7-9:30am, join the early birds and night owls along the shores of the Elbe and barter over fresh fish, enjoy a cup of coffee and a traditional fish sandwich, grab a couple of souvenirs or simply take in the atmosphere.

With more than 10 million collection objects, the Zoological Museum Hamburg, part of the University of Hamburg, is one of the largest and most important research centers for biodiversity and evolution in Germany. 21,000 square feet of exhibition space await you, displaying an impressive scale of everything from skeletons of whales and rhinos to preserved crocodiles, birds and tiny insects.

The permanent exhibition addresses the diversity of species as well as the evolution of life for the education of both children and adults. In the newly designed multimedia entrance area, the focus is on the role of humans in the context of population development, species decline and climate change.

Find out more about the Hamburg Zoological Museum.

Tuesdays to Sundays, 9am to 5pm

Family fun in the park 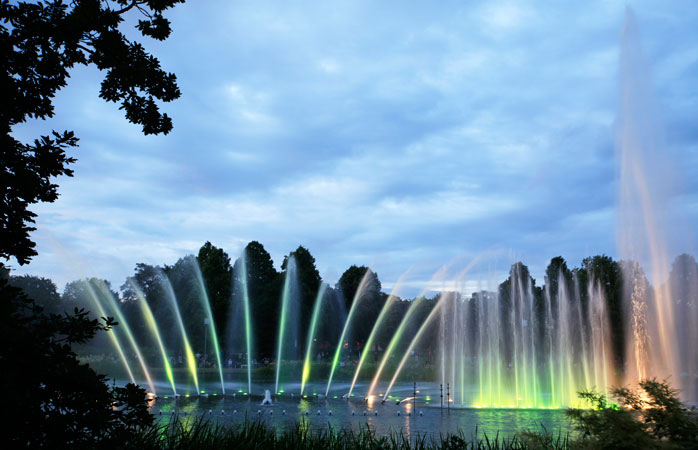 Need a break from the hustle and bustle of the city scene? Don’t we all! Hamburg’s green lung, appropriately named Planten un Blomen (Low German meaning plants and flowers), is an urban park and playground for all ages.

Stretching from the city center and all the way down to the harbor, this relaxing sanctuary features a botanical garden, tropical greenhouses, a rose garden and the largest Japanese garden in Europe. Just to name a few.

In the summer months, you can experience the Wasserlichtkonzerte, a fountain display accompanied by music, take the kids for a pony ride or enjoy one of the many free plays and concerts. In winter time, strap on a pair of skates and dance around the ice rink. 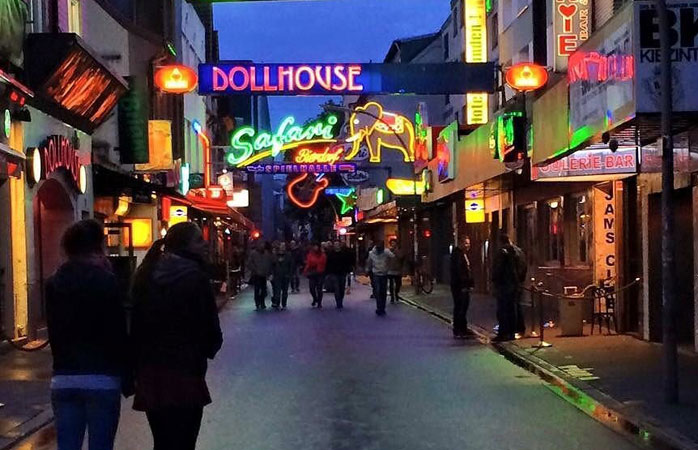 A guided walking tour will, among other places, take you to Reeperbahn, where you can find some of Hamburg’s best nightlife © Bailey Liddell

The free and guided walking tour of the harbor, including a visit to neighborhoods St Pauli and the Reeperbahn, takes place at 2pm every day, starting from the floating dock (Landungsbrücken) next to Hardrock Cafe. Apart from the €1.50 cost of a ticket for the river crossing, this tour won’t cost you a penny.

You’ll discover fascinating details about the harbor and Hamburg’s squatting scene of the ’80s, gain insider knowledge about the development of the alternative cityscape, learn all about what happened when the Beatles were in Hamburg and lots more. And as if that wasn’t enough, you can also find out where to locate the coolest nightlife in Hamburg. 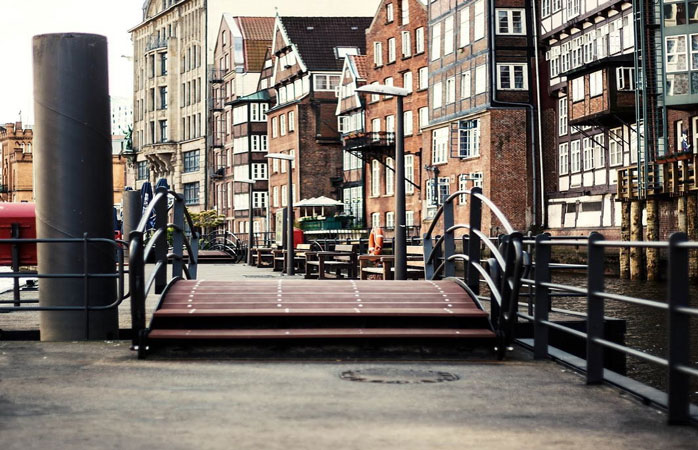 Free guided tours are also available in the historic old town every day. These start at 11am by the main entrance of the Hamburg Rathaus (City Hall) and last about two hours. City guides are easy to identify – they carry yellow umbrellas.

Your city guide will transport you back to the Hamburg of 1200 years ago and show you the most beautiful nooks and crannies of the city. You’ll see the main churches, the picturesque Deichstrasse and Klein Venedig (Little Venice).

Find out more about the guided walking tours in Hamburg.

The free open-air Wutzrock Festival takes place at the Eichbaumsee festival site in south-east Hamburg every year. Not only is the festival itself free, but so is the barbecuing and the overnight stay at the campsite. Enjoy a fun summer weekend with your friends while exploring the colorful program of various bands and musicians.

Find a flight to Hamburg
Find a hotel in Hamburg 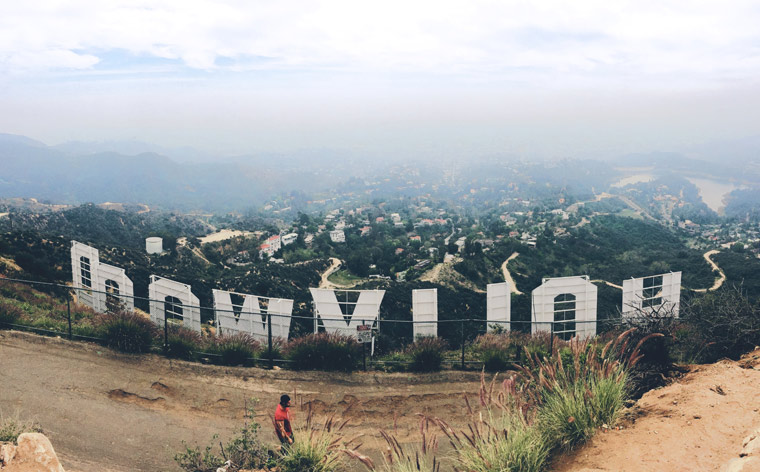 What to do in Los Angeles for free! 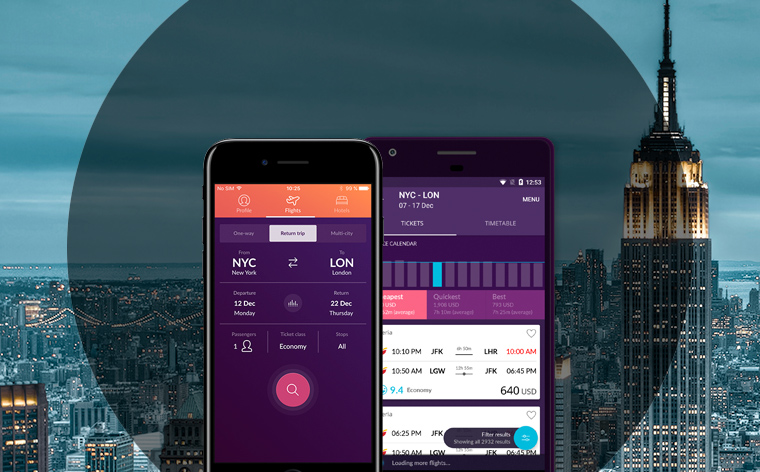 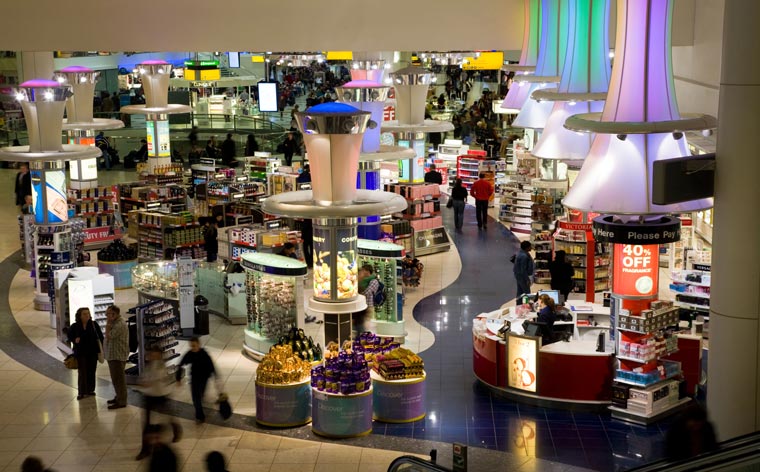 Debunking duty free: How to find the best shopping deals while traveling

DiscoverCitiesWhat to do in Hamburg for free!